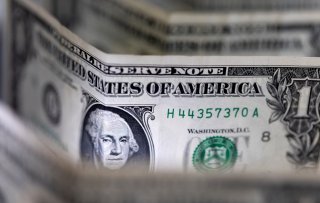 Amid the ongoing pandemic, there have been troubling signs that more scams are directly targeting American taxpayers and senior citizens.

As reported by WGAL in Lancaster, Pennsylvania, the news network’s consumer investigator Brian Roche received a suspicious email in his work account that claimed to be from the Internal Revenue Service (IRS). “While he does file his taxes online, he knew right away this was a scam because he uses an entirely different email address to file,” the news outlet writes.

Here are the other warning signs that prove that this is indeed a scam:

In addition, keep in mind that the IRS’ website states that the agency “doesn't initiate contact with taxpayers by email, text messages or social media channels to request personal or financial information.” It goes on to warn that “thousands of people have lost millions of dollars and their personal information to tax scams. Scammers use the regular mail, telephone, or email to set up individuals, businesses, payroll and tax professionals.”

There is also increasing concern that these types of scams are only expected to continue to grow in number. In fact, according to data released by the Federal Trade Commission (FTC), consumers reported losing more than $5.8 billion to fraud last year, which was up from $3.4 billion—or more than 70 percent—compared to 2020.

In all, nearly 2.8 million consumers filed a fraud report to the FTC last year—the highest number on record dating back to 2001. “The most commonly reported category (was) once again being imposter scams, followed by online shopping scams,” the agency claimed, adding that the typical victim of a scam lost $500. “Prizes, sweepstakes, and lotteries; internet services; and business and job opportunities rounded out the top five fraud categories,” it continued.

IRS Commissioner Chuck Rettig added that Americans need to be extra vigilant during tax season. “This is a prime period for identity thieves to hit people with realistic-looking emails and texts about their tax returns and refunds,” he said in a statement.

“Watching out for these common scams can keep people from becoming victims of identity theft and protect their sensitive personal information that can be used to file tax returns and steal refunds,” Rettig concluded.