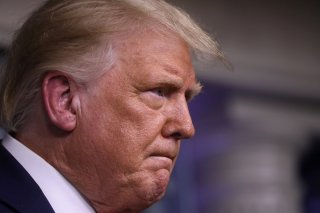 Nearly one-third of Americans support the baseless allegations that President Joe Biden’s 2020 electoral win was because of voter fraud, according to the results of a new poll released Monday.

The poll, conducted by the Monmouth University Polling Institute, found that thirty-two percent of respondents think that Biden won the presidential election due to voter fraud, a trend that hasn’t budged since November among devoted supporters of former President Donald Trump.

Monmouth conducted similar polls in November, January, and March, finding that thirty-two percent of participants in each of the surveys still think Trump lost the election due to widespread voter fraud.

“The continuing efforts to question the validity of last year’s election is deepening the partisan divide in ways that could have long-term consequences for our Democracy, even if most Americans don’t quite see it that way yet,” Patrick Murray, the director of the Monmouth University Polling Institute, said.

The results of the poll noted that the majority of those who believe Biden’s win is connected to voter fraud identify as Republicans or are Republican-leaning. Sixty-three percent of Republican voters and GOP-leaning participants said that Biden’s win was because of voter fraud, a figure that’s remained largely consistent over the last seven months.

In similar polls conducted in November, January, and March, roughly two-thirds of GOP voters and Republican-leaning poll participants said that Trump lost the election due to voter fraud.

The most recent Monmouth poll also found that fourteen percent of respondents said they will never accept Biden as president.

“The bottom line seems to be that most Democrats and Republicans want to take the potential for election results to be questioned off the table. The problem, though, is they aren’t likely to agree on how to get there,” Murray said.

The Monmouth poll surveyed 810 adults from June 9 to 14 and has a margin of error of plus or minus 3.5 percentage points.