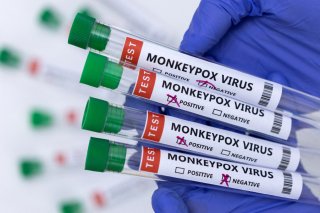 Dr. Scott Gottlieb, the former commissioner of the U.S. Food and Drug Administration (FDA), asserted that the rising number of monkeypox cases in the United States and Europe suggests that the virus has already spread widely across communities.

He did, however, note that this particular virus likely won’t be a cause of a major epidemic like Covid-19.

“Now that there’s been community spread, it may be hard to fully snub this out. I don’t think it’s going to become a major epidemic because this is a virus that’s difficult to spread,” Gottlieb, a physician who worked at the FDA under former Presidents Donald Trump and George W. Bush and now serves on the board of Covid vaccine maker Pfizer, said on CNBC over the weekend.

“That’s the concern, not a widespread epidemic here at this point. But this just low-level persistent spread, cases popping up here and there, outbreaks,” he continued.

According to the World Health Organization (WHO), monkeypox is a viral illness that begins with flu-like symptoms and the swelling of lymph nodes, eventually progressing to a rash on the body and face. The virus, which has an incubation period of twenty-one days or more, can spread via open contact with the sores of an infected individual.

Gottlieb said that the case fatality rate for monkeypox is anywhere from 1 percent to 4 percent.

The WHO has confirmed about ninety cases and thirty suspected cases of monkeypox, with recent outbreaks reported in a dozen countries where the disease is not typically found. Monkeypox is usually found in Central and West African rainforests where animals that carry the virus live. Animal hosts include a range of rodents and non-human primates.

“WHO is working with the affected countries and others to expand disease surveillance to find and support people who may be affected, and to provide guidance on how to manage the disease,” the WHO said in a statement.

Meanwhile, per the Associated Press, Dr. David Heymann, who formerly headed WHO’s emergency department, contended that the leading theory to explain the outbreak of monkeypox in developed countries was sexual transmission at raves held in Spain and Belgium.

“We know monkeypox can spread when there is close contact with the lesions of someone who is infected, and it looks like sexual contact has now amplified that transmission,” he told the news agency.