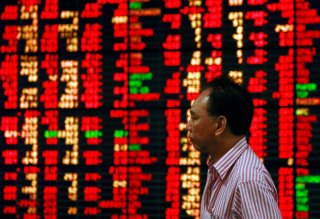 The latest consumer price index (CPI) was found to have climbed nearly 9 percent year-over-year, hitting the fastest inflation rate since way back in December of 1981, according to Labor Department data.

While some experts have come forward to state that inflation may have already peaked or will ease going forward, it appears that Brian Brenberg, the King’s College executive vice president of business and economics, isn’t buying into those sentiments. In fact, he is predicting that when April’s inflation numbers come out next week, it will show that inflation has continued to rage on and will likely tip the country into a recession.

“Food prices are at record highs: Corn, soybeans, wheat, other key input products still at record highs. Fuel still hanging at a very high level. Those two things are going to drive inflation here,” Brenberg told Fox & Friends First on Wednesday. “I don't see a big end in sight for that,” he continued.

The professor later added that “inflation started to kick in in a big way last April. So now you've got inflation on top of inflation. Even if that rate comes down a little bit, it's built on previous inflation, which means people are still feeling massive price hikes.” His largely pessimistic comments come as the Federal Reserve green-lighted a rare half-percentage-point interest rate hike and announced plans to shrink its $9 trillion asset portfolio beginning next month in an effort to tame red-hot inflationary pressures.

The widely anticipated move of a fifty-basis point hike, the largest increase in twenty-two years, now puts the key benchmark federal funds rate at a range between 0.75 percent and 1 percent. Current market pricing has the rate rising to 2.75 percent to 3 percent by year’s end, according to CME Group data.

Brenberg warned that decreased consumer spending motivated by increasing interest rates will eventually drive the U.S. economy into a recession. “Inflation's a bad problem, recession is a bad problem as well. This administration and the Fed backed themselves into a corner where we're facing one or the other right now,” he explained.

“(Businesses) stop investing, they stop hiring, which means now you're talking about a jobs problem. Jobs have been a fairly good news story in this economy, that could reverse with recession. That means wages start to fall, as well,” he added. Similar sentiments were recently shared by Deutsche Bank, which has doubled down on its call for a “major recession.”

“We regard it … as highly likely that the Fed will have to step on the brakes even more firmly, and a deep recession will be needed to bring inflation to heel,” the bank’s economists wrote in a report to clients. “Our view is that the only way to minimize the economic, financial and societal damage of prolonged inflation is to err on the side of doing too much,” they continued.