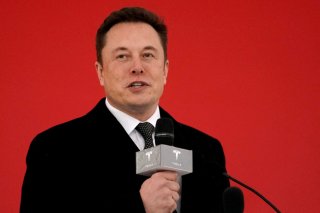 Tesla and SpaceX CEO Elon Musk has stated that a potential U.S. recession is “actually a good thing,” according to Fox Business.

In one Twitter exchange, a user asked Musk, “Do you still think we're approaching a recession?”

The world’s richest person responded by saying, “yes, but this is actually a good thing.”

He continued: “It has been raining money on fools for too long. Some bankruptcies need to happen. Also, all the Covid stay-at-home stuff has tricked people into thinking that you don’t actually need to work hard. Rude awakening inbound!”

A Twitter user asked how long such a recession could likely last in another exchange. “Based on past experience, about 12 to 18 months,” Musk said. “Companies that are inherently negative cash flow (ie value destroyers) need to die, so that they stop consuming resources.”

Musk’s comments come as a recent survey conducted by the Conference Board revealed that nearly 70 percent of CEOs now believe that the Fed’s aggressive actions to tame inflation that has reached a forty-year high will bring about a recession.

“CEO confidence weakened further in the second quarter, as executives contended with rising prices and supply chain challenges, which the war in Ukraine and renewed COVID restrictions in China exacerbated,” Dana Peterson, the Conference Board's chief economist, said in a release. “Expectations for future conditions were also bleak, with 60 percent of executives anticipating the economy will worsen over the next six months—a marked rise from the 23 percent who held that view last quarter.”

A Fox Business report added that “while a majority of executives believe the downturn will be relatively mild, 11 percent are worried that aggressive tightening by the U.S. central bank could trigger a deep, ‘challenging’ recession.”

“What we need to see is inflation coming down in a clear and convincing way, and we’re going to keep pushing until we see that,” he said. “If that involves moving past broadly understood levels of neutral, we won’t hesitate at all to do that.”

The Fed session in early May saw the Federal Open Market Committee (FOMC) sign off on a rare half-percentage-point interest rate hike and announced plans to shrink its $9 trillion asset portfolio beginning next month.