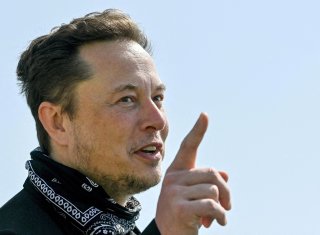 Elon Musk, who as of January, is the richest person in the world, is known for tweeting unorthodox things. His tweets have even gotten him in trouble with the Securities and Exchange Commission.

Now, the Tesla CEO is being criticized for a tweet last week about the national debt.

That debt reached an all-time high of $30 trillion earlier this month. But Musk tweeted this week that the “true” debt is in fact much higher than that.

“True national debt, including unfunded entitlements, is at least $60 trillion – roughly three times the size of the entire US economy. Something has got to give,” Musk said on Twitter on Friday. The tweet came in response to a satirical article from the Babylon Bee, which claimed that President Joe Biden had gone “Double Or Nothing On National Debt By Placing $30 Trillion On The Bengals” in the Super Bowl.

On Friday, the Intercept criticized Musk, stating that the billionaire, despite being the richest person who has ever lived, is “stupendously ignorant about the U.S. economy and entitlement programs.”

As noted by the Intercept, Musk appeared to be citing the Social Security Administration’s 2021 Trustee Report. The report found that Social Security will dissipate a year earlier than previously thought, which had listed the entitlement program’s “unfunded obligation through the infinite horizon” as $59.8 trillion. The Intercept noted that a similar conclusion was reached in a recent blog post by the Cato Institute.

The Intercept, however, noted that “unfunded obligations” merely refers to “the difference between Social Security’s current projected income and its current projected promised benefits.” However, the “infinite horizons” part refers not to the current debt, but rather, as the Intercept describes it, “ Social Security’s unfunded obligations between now and the end of time.” Meanwhile, the United States’ projected gross domestic product, using the same “infinite horizon” standard, is $4,237 trillion.

In response to the Musk tweet, several replied that the government should respond by raising the billionaire’s taxes.

Musk also announced this week that the first orbital flight of Space X’s Starship may be just weeks away. Described as the most powerful rocket in history, the Starship may be used by NASA to land astronauts on the moon in the coming years.

“There will probably be a few bumps in the road, but we want to iron those out with satellite missions and test missions” before putting people on board,” Musk said in a speech.

Space X is waiting for FAA approval to launch the Starship into orbit, with Musk stating that he will receive the go-ahead in March.