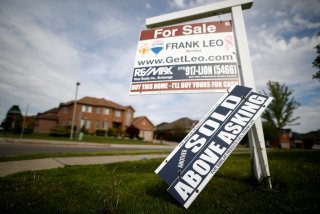 Amid the staggering increases in home prices witnessed across much of the country, some experts are now warning of another housing bubble in the near future.

“We’re not in a housing bubble just yet—but we’re skating close to one if prices continue rising at the current pace,” George Ratiu, manager of economic research at Realtor.com, said in a release.

In their assessment of the current housing market, the researchers concluded that “U.S. house prices are again becoming unhinged from fundamentals.”

However, “there is no expectation that fallout from a housing correction would be comparable to the 2007–09 global financial crisis in terms of magnitude or macroeconomic gravity,” they continued. “Among other things, household balance sheets appear in better shape, and excessive borrowing doesn’t appear to be fueling the housing market boom.”

Ratiu appeared to offer similar sentiments. “Some markets will see a correction if mortgage rates continue to rise, in which sales will drop and prices will follow,” he said. But “I don’t expect the market to see a huge crash or spike in foreclosures.”

Still, it is difficult for many potential homebuyers—especially first-time ones—to come to grips with today’s fast-rising home prices, which have surged nearly 20 percent in February year-over-year, according to the latest S&P CoreLogic Case-Shiller national home price index. That is up from the 19.1 percent annual increase in January and is the third-highest reading in the index’s 30-year-plus history.

“(The) index highlights a housing market experiencing a renewed sense of urgency in February, as buyers worked through a small number of homes for sale in an effort to get ahead of surging mortgage rates,” Ratiu wrote. “The imbalance between strong demand and insufficient supply pushed prices 19.8 percent higher compared with a year ago.”

According to Fannie Mae, the rest of this year won’t see much relief, either, as it is now forecasting that U.S. home prices will climb 10.8 percent in 2022. That’s on top of a record 18.8 percent jump that occurred last year.

Amid this market backdrop, Fox Business has reported that a record number of homebuyers are seeking to move to more affordable areas, according to a new report released by Redfin.com.

In the first quarter, more than 32 percent of Redfin.com users nationwide looked to move to a different metro area—an increase from 31.5 percent over last year and

26 percent witnessed before the pandemic.