Explained: Why Gas Prices Go Higher in the Summer 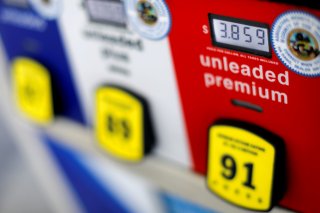 Everyone, or at least everyone who has a car, pays attention to the price of gasoline. The cost of gasoline is one of those things in the news that affects the day-to-day life of most people and often leads them to reach conclusions over which politicians are to blame for higher prices at the pump.

But it seems that not everyone understands how gasoline prices work. For one thing, they’re not determined by the president or any other part of the government.

The price of gasoline, like those of most goods, is driven by supply and demand and is often tied to the global price of oil. If anything happens to the supply, whether there’s an oil embargo or war in the Middle East or a pipeline shuts down, it causes prices to rise. If there’s a massive amount of new supply, then it causes the price to go down.

On the demand side, when demand crashes, such as during the early days of the pandemic in the spring of 2020, it causes the price of gasoline to go down. When demand goes back up, then it causes prices to rise, which is what’s happened in recent months, when average gas prices in the United States exceeded $3 for the first time since 2014.

GasBuddy recently looked at what causes gas prices to rise in the summer.

For one thing, demand rises in the summer, with more people driving in order to travel. That’s expected to be the case this year more so than other years given that many Americans have been avoiding travel for more than a year and eager to take trips they missed out on during the pandemic.

“During the summer, there are government regulations that mandate we use cleaner-burning fuel to help lower emissions from all the cars burning gasoline,” according to the GasBuddy website. “In the warmer months, gasoline has a greater chance of evaporating from your car’s fuel system. This can produce additional smog and increased emissions. Refiners reduce the chance of gas evaporation in your car during the summer by producing gasoline blends that have lower Reid vapor pressure (RVP), or lower volatility.”

And there are also specific factors related to the pandemic and the emergence from it.

“Covid-19 disrupted the careful balance of supply-and-demand for countless industries from rental cars to semiconductors. It has also affected gas prices,” according to the GasBuddy website. “This year, because we’re recovering from a major economic slowdown brought on by Covid-19, we’re seeing a larger gas price rise ahead of summer as the economy starts to build momentum.”

“The summer prior to Covid-19, we saw national average gas price reach $2.92 per gallon at its HIGHEST point,” the website noted. “We’re already beyond that price now and it’s not even Memorial Day yet.”