FCC Promises to Crack Down on Out of Control Robocalls 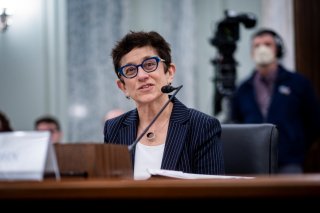 Almost everyone who has a mobile phone is used to bogus robocalls warning of problems “concerning your car’s extended warranty.” In a survey released last week by YouMail, Americans received over 4.3 billion robocalls in June, an 8.5 percent increase from the previous month.

YouMail noted that the anti-robocall regulations known as STIR/SHAKEN, which passed about a year earlier, don’t appear to have had a significant impact on the problem.

"Now that a year has passed since STIR/SHAKEN was launched nationally, we can see that the big drop in robocalls volumes many predicted simply has not occurred," YouMail CEO Alex Quilici said in the release. "Robocallers continue to evolve their techniques, and it's clear that more efforts in enforcement, technology, and changing consumer behavior are going to be required to make continued progress,” Quilici continued.

As a result of the ongoing problem, especially concerning the car warranty robocalls, the Federal Communications Commission (FCC) has vowed a crackdown, with one state also suing the operation.

The FCC’s Robocall Response Team has named specific individuals and entities who they believe are responsible for the calls. As many as eighteen billion robocalls, the agency says, have been traced to “Roy Cox, Jr., Aaron Michael Jones, their Sumco Panama companies, and international associates” since 2018.

Carriers have been authorized to cut off the flood of calls, while the FCC’s Enforcement Bureau has opened a formal case. Meanwhile, Ohio’s attorney general, Dave Yost, has launched a lawsuit against the same operation.

“Billions of auto warranty robocalls from a single calling campaign,” FCC Chairwoman Jessica Rosenworcel said in a statement. “Billions!  Auto warranty scams are one of the top complaints we get from consumers and it’s time to hold those responsible for making these junk calls,” she continued.

“The Enforcement Bureau will use all the tools at its disposal to protect consumers and U.S. telecommunications networks from the scourge of illegal robocalls,” said Acting FCC Enforcement Bureau Chief Loyaan A. Egal. “The actions announced today, in coordination with the Ohio Attorney General’s lawsuit, demonstrate the benefits of the federal and state partnerships that have been established to address this enforcement priority,” Egal added.

“Our lives are plagued by robocalls like a swarm of flies,” Yost said. “This particular operation prompted more than 1,600 unwanted-call complaints to my office. It’s time to get out the fly swatter,” Ohio Attorney General Dave Yost said in announcing the state’s lawsuit.

The case was filed in the Southern District of Ohio, naming twenty-two defendants. They are accused of making illegal robocalls without consent, failing to honor “Do Not Call” requests, and “making misleading representations in the initial robocalls.”