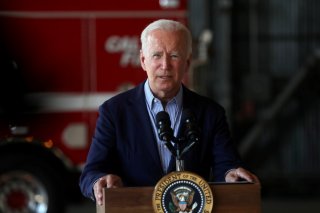 It was one of the odder subplots of the 2020 election: Last October, the New York Post reported that it had obtained a laptop purportedly belonging to Hunter Biden, the son of then-presidential candidate Joe Biden. The laptop, per the story, contained emails that incriminated Hunter, as well as his father’s possible involvement in business shenanigans.

Adding to the strangeness of the story was its sourcing, as the younger Biden had supposedly dropped off the laptop and never retrieved it, at which point its contents were furnished to Donald Trump’s attorney Rudy Giuliani, who was known to be digging up dirt on Hunter with associates in Ukraine. In addition, there were reports of turmoil within the newspaper itself, with reporters said to object to their bylines being included in the story.

Earlier this year, a report from the Office of the Director of National Intelligence (ODNI) listed the different countries that the intelligence community believes interfered in the 2020 election. That report stated that Russia once again intervened in the election, and that “Russian state media, trolls and online proxies, including those directed by Russian intelligence, published disparaging content about President Biden, his family, and the Democratic Party, and heavily amplified related content circulating in U.S. media, including stories centered on his son.”

The report, however, did not mention the laptop story specifically, and the role of Russia in the story remains unclear, nearly a year later.

However, there has now been a government ruling related to the Biden laptop affair.

According to the New York Times, the Federal Elections Commission (FEC) has ruled for Twitter and against the Republican National Committee (RNC). The RNC had accused Twitter of “using its corporate resources” to help the Biden campaign.

“The election commission determined that Twitter’s actions regarding the Hunter Biden article had been undertaken for a valid commercial reason, not a political purpose, and were thus allowable,” the Times said, citing a document it obtained from the ruling; That document does not appear to have been publicly released.

The FEC, the Times said, had issued a similar ruling in favor of Snapchat, and against the Trump campaign.

“I don’t feel sorry for him, as a computer repair tech, a customer’s data is sacred,” the Twitter account for A1 Computer Repair tweeted when the original story broke. “You never look at it, you never copy it, you definitely never share it. You do a backup when it is required and you delete it when the repair is done. He broke a customer’s trust which is game over.”