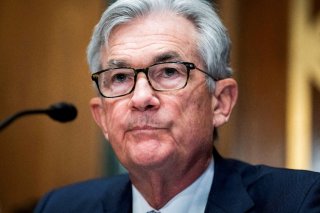 On Monday, Federal Reserve governor Christopher Waller confirmed that he wants to keep hiking interest rates in half-percentage point steps until inflation is under control.

“I support tightening policy by another fifty basis points for several meetings,” he said during an event hosted by the Institute for Monetary and Financial Stability in Frankfurt, Germany. “In particular, I am not taking fifty basis-point hikes off the table until I see inflation coming down closer to our 2 percent target. And, by the end of this year, I support having the policy rate at a level above neutral so that it is reducing demand for products and labor, bringing it more in line with supply and thus helping rein in inflation,” he continued.

Per CNBC, estimates that Fed officials provided in March point to a 2.5 percent neutral level—meaning that Waller anticipates rates increasing at least another 2 percentage points from current levels.

“Over a longer period, we will learn more about how monetary policy is affecting demand and how supply constraints are evolving. If the data suggest that inflation is stubbornly high, I am prepared to do more,” he added. “Of course, the path of the economy depends on many factors, including how the Ukraine war and COVID-19 evolve. From this discussion, I am left optimistic that the strong labor market can handle higher rates without a significant increase in unemployment,” he continued.

Waller’s comments come as Fed minutes released last week revealed that the central bank may get even more aggressive in taming inflation that has reached a forty-year high. “Most participants judged that fifty basis point increases in the target range would likely be appropriate at the next couple of meetings,” the minutes stated. Furthermore, officials indicated that “a restrictive stance of policy may well become appropriate depending on the evolving economic outlook and the risks to the outlook.”

The Fed session earlier this month saw the Federal Open Market Committee (FOMC) green-light a rare half-percentage-point interest rate hike and announced plans to shrink its $9 trillion asset portfolio starting next month. The key benchmark federal funds rate now sits at a range between 0.75 percent and 1 percent, the highest level since the pandemic began more than two years ago.

“Inflation is much too high and we understand the hardship it is causing. We’re moving expeditiously to bring it back down,” Fed chairman Jerome Powell said in his post-meeting news conference. “We have both the tools we need and the resolve that it will take to restore price stability on behalf of American families and businesses.”