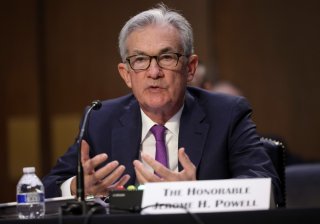 Amid sky-high housing prices, there is even more bad news for potential homebuyers.

According to a new survey conducted by the Federal Reserve Bank of New York, U.S. households expect home prices and rents to rise even higher this year. Meanwhile, renters now see their chances of ever becoming homeowners as even more unrealistic.

Per Reuters, home prices are projected to climb 7 percent over the next year. However, they are expected to rise by only 2.2 percent annually on average over the next five years as higher mortgage rates begin to cool demand.

According to Fox Business, “Americans believe mortgage rates are going to rise rapidly in the future, jumping to 6.7 percent a year from now and 8.2 percent in three years.”

The poll wrote that “combined with the expectation of a 7.0% increase over the next 12 months, this suggests that households expect a pronounced slowdown in price growth after next year.”

“Taken together, these numbers suggest a spike in rents in the near term, followed by more moderate growth in subsequent years,” the survey wrote.

For comparison, survey respondents last year had expected a 5.7 percent bump in home prices and a 6.6 percent rise in rents.

“Prices will continue to grow in the short-term, which means the number of housing markets in that $500k or above range could grow over the next few months, since there are a number of markets in that $400k to $500k range,” Heller noted.

However, Heller is keeping a close eye on fast-rising mortgage rates. “The market does appear to be cresting as more rates rise, so it should then slow down and we may even see the list shrink over time,” he added.

“When inventory starts to build, sellers have to be more competitive in their pricing and that’s where you see the rate of appreciation slow down or eventually go down,” Heller concluded.