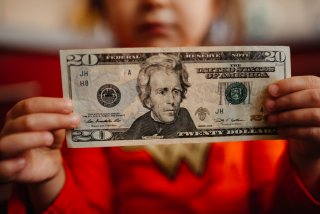 Full-on stimulus checks may be a thing of the past, but one series of payments from the American Rescue Plan Act is continuing: the expanded child tax credit, which is conferring monthly payments to Americans with children every month between July and December.

There have been two payments so far, in July and August, and a new study says that the July payment had a major effect in alleviating child poverty.

According to a study from Columbia University’s Center on Poverty & Social Policy, the July payment alone lifted millions of children from poverty.

“Using our innovative approach to tracking monthly poverty rates, we project that ongoing COVID relief efforts continue to have a sizable effect on reducing child poverty keeping six million children from poverty in July 2021 alone (a reduction of more than forty percent),” the Columbia study said. “This impact also resulted in a notable drop in child poverty between June and July 2021, due primarily to the rollout of the expanded Child Tax Credit. On its own, this new payment kept three million children from poverty in its first month.”

The six million figure refers to all coronavirus relief efforts, while the three million refers to the number of people who benefited from the first month of the Child Tax Credit by itself.

The Center predicted continued good outcomes from the rest of the Child Tax Credit payments.

“As rollout continues, the expanded Child Tax Credit has the potential to achieve even greater child poverty reduction,” the report said. “If all likely eligible children are covered, it has the potential to reduce monthly child poverty by up to forty percent on its own; in combination with all COVID-related relief, it could contribute to a fifty-two percent reduction in monthly child poverty. Expanding coverage to all eligible children is key to achieving the Child Tax Credit’s full anti-poverty potential, with the greatest gains to be realized for Black and Latino children.”

As of now, the expanded child tax credit is for 2021 only, although there have been proposals to extend it further. The $3.5 trillion Democratic budget proposal would extend the Child Tax Credit, with the Senate Democrats’ fact sheet including a “Child Tax Credit/EITC/CDCTC extension” as part of the framework for the bill. However, there isn't a lot of specific detail about exactly how the extension will work, as the bill itself has not yet been written. The president, in his American Families Plan that served as a template for the budget bill, had proposed to extend the child tax credit through 2025.

The next part of the expanded child tax credit will arrive in mid-September.