Forget Congress: Connecticut May Pass the Next Child Tax Credit 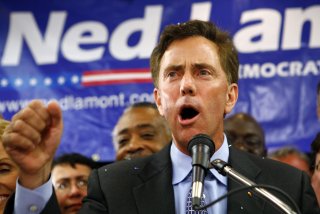 The expanded child tax credit, which was in place for the second half of 2021, went away at the end of the year when Congress failed to extend it, and prospects of the federal version returning in any way appear less than hopeful. In the meantime, several states are considering passing their own versions of the credit. Illinois is considering such a credit, as is Minnesota.

With state legislatures around the country convening this time of year to go through their yearly budget process, Connecticut is the latest state to look at the prospect of passing a new child tax credit.

According to the Hartford Courant, lawmakers in Connecticut’s capital are considering what to do with the state’s projected $1.5 billion budget surplus. One legislative committee voted this week to both increase the earned income tax credit in the state, and to establish a child tax credit in Connecticut, which would pay families in the state up to $600 per year for up to three children. The credit would be available for “single parents earning up to $100,000 per year and married couples earning up to $200,000.”

Republicans, and some Democrats, opposed the measure, per the newspaper, but enough supported it to vote the proposal out of committee by a healthy margin.

However, the state’s Democratic governor, Ned Lamont, has been noncommittal about whether he will give his support to the proposals.

“Well, you can’t do everything,’' Lamont told reporters this week, according to the newspaper. “The legislature, in their wisdom, has a spending cap, and there also is a cap in terms of how much tax cuts you can do. That’s under federal law. If people want to do a child tax credit, you’ve got to be very clear. Maybe you don’t want to do a property tax cut or you don’t want to do the car tax or earned income tax credit. Our proposals are on the table.’’

Lamont has proposed middle-class tax cuts, making that a campaign promise when he ran in 2018. He is also proposing $300 million for union contracts, the newspaper said.

Connecticut Mirror also looked at the debate in Hartford. The committee chairman told the publication that the proposal will be revised, “to comply with federal restrictions on how much tax relief Connecticut can offer while it accepts emergency federal pandemic aid.”

Therefore, he said, the new credits would likely be phased in two years from now, once pandemic aid has expired. “If not now, when? If not this, how?’' Rep. Sean Scanlon, the committee chairman, told the Courant. “It’s unaffordable for the parents to afford the childcare.’'