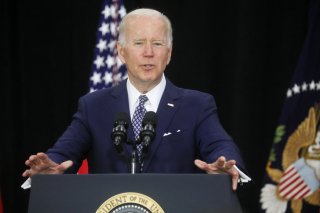 Another proposal to fix Social Security.

Earlier this month, the Social Security Administration (SSA) released its annual Trustees Report, and it contained good news: The main trust fund for Social Security will be able to pay out full benefits through 2034, a year later than was projected in the previous year’s report.

The projection last year had gone the opposite way, moving the expected date to 2023. But even with the delay to 2034, that gives Social Security just twelve more years until it has to pay out less than full benefits.

What can Congress do? Rep. John Larson (D-CT) has proposed various versions in recent years of the Social Security 2100: A Sacred Trust plan, although it hasn’t gained much traction in this year’s Congress.

Last week, there was a high-profile plan released for Social Security reform. The Social Security Expansion Act, backed by a group of Senators that includes former presidential candidates Sen. Bernie Sanders (I-VT) and Sen. Elizabeth Warren (D-MA), would “expand Social Security benefits by $2,400 a year and fully fund it for the next 75 years past the year 2096 – all without raising taxes by one penny on over 93 percent of American households.”

“At a time when half of older Americans have no retirement savings and millions of senior citizens are living in poverty, our job is not to cut Social Security,” Senator Sanders said. “Our job must be to expand Social Security so that every senior citizen in America can retire with the dignity they deserve and every person with a disability can live with the security they need.”

Whether that bill has a chance to pass is unclear; Sen. Mitt Romney (R-UT) told one reporter that he did not anticipate the bill getting a single Republican vote in either house of Congress. It also has not been directly endorsed by the White House.

There was another proposal last week from someone who left the U.S. Senate more than thirty years ago.

In the Wall Street Journal, former Sen. Rudy Boschwitz of Minnesota, who served two terms in the U.S. Senate as a Republican in the 1970s and ‘80s, wrote that “Social Security Needs Saving Again.” The ninety-one-year-old Boschwitz participated in the talks for the last meaningful Social Security reform in 1983.

Boschwitz’s proposals included raising the retirement age further, increasing the early eligibility age, changing “the way benefits are calculated for new recipients,” and slowing “the growth of benefits for new and existing beneficiaries alike by changing the basis on which they’re indexed for inflation.” He also suggested withholding some Social Security cost-of-living adjustment for higher-income recipients and taxing Social Security income for such people.

“When the Social Security actuaries and the Congressional Budget Office put numbers on these reforms, it may show that the Social Security trust fund can be made sustainably solvent without all the reforms being necessary," the former senator said. “If lawmakers fix Social Security, the largest of all entitlements, they would gain the credibility to fix other entitlements that underlie our budget deficits.”