Is A Fourth Stimulus Check On Its Way? What We Know Right Now. 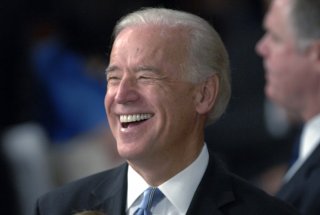 Although Congress has approved nearly $3,200 worth of stimulus payments to eligible Americans since the start of the coronavirus pandemic, the unemployment rate still remains well above pre-pandemic levels and millions of people are struggling to pay for basic bills.

The most recent round of direct relief was issued in March when President Joe Biden signed the American Rescue Plan, a $1.9 trillion rescue package that sent eligible recipients $1,400 each, plus an additional $1,400 per dependent. So far, roughly 94 percent of them have been sent out by the IRS, including 2.3 million checks and “plus-up” payments that went out this week.

The $1,400 direct payments came after the previous administration approved two pandemic overhauls, one that sent qualified Americans $600 payments and another that gave recipients $1,200 payments.

The three rounds of relief aimed to offer low- and- middle- income individuals and families a stronger financial ledge to combat the economic crisis caused by the pandemic.

There are several signs indicating that families widely benefited from the direct payments. The personal saving rate jumped to 33.7 percent in April 2020, and in April 2021, the figure stood at 14.9 percent, which is still well above pre-pandemic levels.

There have been major gains to the housing market due to low interest rates and a strong demand for purchasing homes. The National Association of Realtors reported that the national median sales price for a home reached a record-high of $341,600 in April, up 19.1 percent compared to a year prior. And among the houses sold in April, 88 percent of them were on the market for less than a month.

While these are indicators of moving toward an economic recovery, economists have sounded the alarm over a surge in prices, as recent reports revealed that prices increased about 4.4 percent this year, compared to 1.7 percent in 2020 and 2.3 percent in 2019.

Data released by the Bureau of Labor Statistics showed that prices increased 5 percent over the last year, the highest 12-month surge in over two decades.

The increased prices come as some families are still fighting to put food on the table, as 38 percent of participants in a TransUnion poll said that their income is less than what it was before the pandemic.

The Federal Reserve Bank of New York found that the majority of recipients for the most recent stimulus payment are using the money on consumption or to pay off debt, including debt accumulated during the pandemic.

And while the unemployment rate declined to 5.8 percent in May, roughly 7.6 million less people are working in 2021 compared to a year earlier. Another 376,000 people also filed for initial jobless claims last week, though that’s the lowest the figure has been since the onset of the pandemic.

Although there are economic indicators that millions of families are still struggling from the crisis, it’s unlikely that there will be a fourth round of stimulus payments from the federal government. Several Democrats in both the House and Senate have voiced support for recurring direct payments until the end of the pandemic, but the White House hasn’t expressed interest in backing the move.

Instead, the Biden administration has pivoted its focus to a massive bipartisan infrastructure package.

Eligible families will receive, however, monthly child tax credit payments from the IRS next month, which will last until December. The rest of the credit can be claimed when parents file taxes next year.