FTC Cracks Down on Internet Provider for ‘Lying’ to Customers 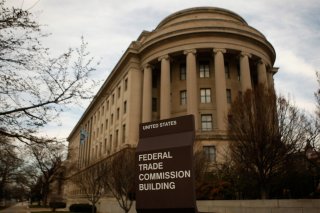 The Federal Trade Commission (FTC) announced Tuesday that it had proposed an order to prevent one cable company from lying about its Internet speeds.

The FTC is seeking to prohibit Frontier from “tricking consumers about its slow internet service and [require them] to support its speed claims.”

Back in May of 2021, the FTC announced a lawsuit against Frontier, alleging that the company did not deliver the speeds that it promised its customers. That suit was joined by the attorneys general of Arizona, Indiana, Michigan, North Carolina, and Wisconsin, and the district attorney’s offices in Los Angeles County and Riverside County, both in California.

“Frontier lied about its speeds and ripped off customers by charging high-speed prices for slow service,” Samuel Levine, director of the FTC’s Bureau of Consumer Protection, said in the announcement this week. “Today’s proposed order requires Frontier to back up its high-speed claims. It also arms customers lured in by Frontier’s lies with free, easy options for dropping their slow service.”

The FTC order would also require Frontier to “substantiate its internet speed claims at a customer-by-customer level,” meaning that they must make sure that they are actually following through on advertising claims. Furthermore, they would be required to notify customers receiving digital subscriber line (DSL) internet services that the speed might be slower than what was advertised.

While the FTC press release does not characterize the move as a settlement, the district attorney's office for Riverside County announced a $69 million settlement among the FTC, their office, and Frontier. All four FTC commissioners approved the order, which is awaiting the signature of a judge.

“The negotiated settlement will, among other things, prohibit Frontier from misrepresenting internet service speeds, from ‘provisioning’ or ‘capping’ internet speeds below certain thresholds, and will prohibit them from selling internet speed packages to consumers without a reasonable belief that Frontier can provide those speeds to the consumer’s location,” the Riverside prosecutors’ statement said.  "We settled the lawsuit in good faith to put it behind us so we could focus on our business—that's in the best interest of all our stakeholders, and especially our customers," said a spokesperson for Frontier, per CNET. "Our commitment is to our customers and providing them with access to high-speed internet and improving our service in rural and underserved areas.”In 2019, per Stop the Cap, Frontier was named the worst internet service provider in the country. The site noted that Frontier was the only provider available in many rural areas of the country at the time.