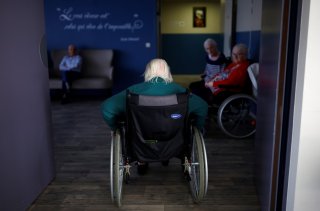 The Government Accountability Office (GAO) has released a report showing that the Social Security Administration expedites its most critical cases, but does not always follow consistent protocol when it comes to less pertinent ones.

“The Social Security Administration (SSA) flags a disability appeals case as critical after determining that the claimant’s health or financial condition, such as having a terminal illness or dire financial need, meets criteria in SSA’s policy manual,” the report, dated in June 2022, says.

“Cases can be flagged as critical before reaching a hearing office or during nearly any stage of the hearing process. SSA policy directs staff to expedite the case once it is flagged as critical. However, staff GAO interviewed from three of the five selected offices said that claimants must provide documentation of their dire financial need, even though SSA policy does not require it.”

The report went into further detail about how such cases work.

“SSA can initially designate a claimant’s case to indicate the claimant faces homelessness, eviction, or another critical need. At hearing offices, however, these designations do not trigger expedited processing unless the case is also flagged for one of the seven hearing office critical case categories, such as dire need,” the GAO said.

“GAO found that only 28.5 percent of cases that had a homeless designation also had a critical case flag, and thus were selected for expedited processing, despite SSA officials saying that most of these cases should qualify as dire need. This discrepancy could result from the existence of similar categories that are treated differently across multiple data systems, manual error, or changing circumstances. As a result, some claimants who qualify for expedited claim processing due to severe circumstances may not receive it.”

The GAO report used data from between 2010 and 2020, meaning that it mostly doesn’t account for what happened during the pandemic.

The report concluded with two recommendations, both of which the SSA agreed to implement.

“The Commissioner of the Social Security Administration should ensure that appropriate oversight staff review the consistency of the Office of Hearings Operation’s use of documentation requirements for dire need situations and consider changes that balance the potential for abuse under the current policy—such as some applicants falsely claiming dire need in order to receive priority processing—against the potential that excessive documentation requirements may prevent otherwise eligible claimants from having dire need cases expedited,” the office said.

“The Commissioner of the Social Security Administration should examine the agency’s handling of cases at the hearings level that indicate homelessness, eviction, or another critical need, and revise the agency’s procedures to ensure that hearing offices are expediting these cases in accordance with SSA policy.”