Gas Prices Are Making Some Consumers Alter Their Behavior 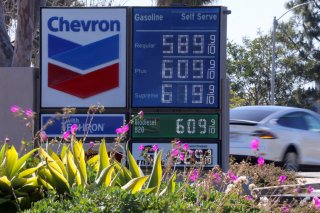 With the national average for a gallon of gasoline still well above $4, it appears that many Americans are trying to come to terms with this new reality. Part of that includes changes in consumer behavior.

According to AAA, demand for gas is “defying seasonal trends” and is trending lower, perhaps in response to higher fuel prices.

“Usually this time of year, with warmer weather and longer days, we’d see an uptick in gasoline demand as more people hit the road,” said AAA spokesman Andrew Gross in a press release. “But we had a slight drop in demand last week, which may be due to higher pump prices. In our new survey of drivers, 59 percent said they would change their driving habits or lifestyle if the cost of gas hit $4 per gallon. And if gas were to reach $5, which it has in the Western part of the country, three-quarters said they would need to adjust their lifestyle to offset the pump price.”

There are also some key differences among age groups. The survey showed that 18- to 34-year-olds are almost three times as likely as those 35 and over to consider carpooling (29 percent vs. 11 percent). Moreover, those aged 35 and over are more likely to favor combining trips and errands (68 percent vs. 52 percent) and to reduce shopping or dining out (53 percent vs. 43 percent).

However, Lipow Oil Associates president Andrew Lipow told Yahoo! that “gasoline prices have to rise to about $4.75 to $5.00 a gallon in order to get a significant amount of demand destruction.”

The pain at the pump isn’t expected to reverse quickly. Patrick De Haan, head of petroleum analysis at GasBuddy, recently said that “it’s a dire situation and won’t improve any time soon.”

According to CBS News, that pain amounts to about $2,000 in annual costs to a typical household budget.

“That comes on top of about $1,000 in extra costs at the grocery store due to inflation, which means the typical household will have $3,000 less this year to spend on other items,” the news outlet stated, citing Yardeni Research data.