Gas Prices Continue Their Fall With More Likely to Come 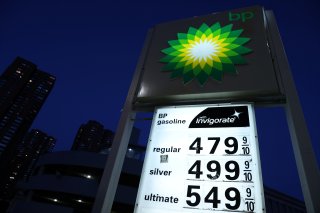 The price is now $3.32 per gallon after dropping 2.4 cents from the week earlier. Gas prices have now dropped 9 cents within the past month, although the average is now  $1.18 per gallon higher than it was at the same time last year, according to Gas Buddy.

It’s not for an altogether happy reason. Much of it has to do with fears over the Omicron variant and what it might do to demand. But customers are getting some relief at the pump this month.

“With the price of crude oil remaining some $13 per barrel below its 2021 peak, we have continued to see gas prices decline in nearly every city coast to coast, a trend that will likely continue into yet another week,” Patrick De Haan, head of petroleum analysis for GasBuddy, said in a blog post.

“Omicron concerns continue to be the primary catalyst for the drop in gas prices across much of the country,” he added. “While we’ve seen some anecdotal reports about the new variant, vaccine producers have yet to definitively state if current vaccines will still bring adequate protection against omicron—something that might be critical to limit severity and to avoid new shutdowns.”

De Haan noted that gas prices are likely to continue dropping, especially with OPEC+ likely to boost oil production in January. The most commonly encountered gas price remains $2.99 per gallon.

Meanwhile, also on Monday, AAA reported a drop of 2 cents from a week before to $3.33 a gallon.

“Gas prices tend to fall a bit this time of year due to the shorter days and less robust demand,” Andrew Gross, AAA spokesperson, said in a press statement. “And this trend was assisted by the recent steep drop in oil prices due to fears over the omicron variant. But the variant’s impact on pricing appears to be fading, so it remains to be seen if oil prices stabilize or move higher.”

President Joe Biden, in recent weeks, has announced various efforts to bring down gas prices, including the Department of Energy’s tapping of the Strategic Petroleum Reserve earlier this month.

This week Christian Walker, a social media influencer and the son of NFL star-turned-Senate candidate Hershel Walker, had a video go viral in which he mocked high gas prices and blamed Biden for them. Gas prices, however, aren’t determined by the president, and some noted that Walker was purchasing Super Premium gas in the video.