Gas Prices to Fall Even Further? The Energy Secretary Thinks So 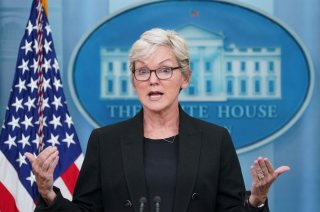 Much to the delight of millions of American motorists, gas prices have continued to fall for another week.

According to AAA, the national average for a gallon of regular gas trekked lower by ten cents in the past seven days to settle at $3.95, primarily due to moderating oil prices and fewer drivers than usual fueling up. Since hitting a record high of $5.02 a gallon on June 14, the average national price has plummeted by an eye-popping $1.06, or 21 percent.

“Falling pump prices may eventually lead to more drivers hitting the road again,” Andrew Gross, AAA spokesperson, said in a statement. “But that hasn’t happened yet. Instead, many drivers are waiting for prices to fall further before reverting to their typical driving habits.”

Given this favorable backdrop, can American drivers expect even more palatable prices at the pump? According to Energy Secretary Jennifer Granholm, it is a resounding yes.

In an appearance on CNN’s State of the Union over the weekend, Granholm cited the outlook from the Energy Information Administration (EIA), predicting that the average gas price will eventually edge lower to $3.78 a gallon in the fourth quarter.

“We hope that that’s true,” she said, per The Hill. “But, again, it can be impacted by what’s happening globally. The president has done more than any president in history to make sure that the price, insofar as he’s got control, continues to decline, and has included asking for increased production both domestically and overseas.”

However, Granholm noted that fast-changing global events could alter that rosy outlook.

“Gas comes from oil, and oil is traded on a global market,” she said. “And global events affect the price of oil. But the president has taken unprecedented steps to try to moderate supply and demand by releasing a million barrels per day from the Strategic Petroleum Reserve.”

Meanwhile, CNN Business reported that Tom Kloza, global head of energy analysis for OPIS, which tracks prices for AAA, claimed that there is a real possibility by September or October that the national average for gas could return below $3.53, which was the price when Russia invaded Ukraine in late February. He also noted that wholesale gasoline futures for November and December deliveries point to retail prices sinking below $3 for many states by the end of the year.

Kloza, though, cautioned that “we still don't know what [Russian president Vladimir] Putin is going to do, or if we're going to get a hurricane hitting the Gulf Coast.”