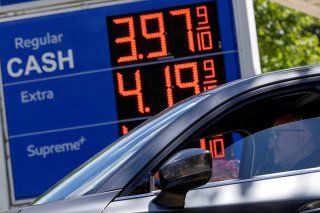 Panic-buying has emptied gas stations and has triggered intense fuel shortages across the Southeast, as the shutdown of the major gasoline and jet fuel pipeline entered its sixth day and prompted several governors to declare states of emergency.

A ransomware attack on the Colonial Pipeline disabled computer systems that were responsible for fuel production from Texas to the Northeast, and now a number of states are running out of gas supply. In some cases, some drivers can’t even access a gas-pump that has fuel readily available.

About 65 percent of North Carolina’s gas stations have emptied as of Wednesday, and 43 percent of the stations in South Carolina were dry, according to GasBuddy. Georgia and Virginia stations are also experiencing shortages, at 43 percent and 44 percent, respectively. Other states as far as West Virginia and Kentucky are also seeing instances of panic-buying.

Major metropolitan areas have also seen vast gas shortages, including Charlotte, Raleigh and Greenville, as well as in Norfolk and Atlanta, according to Patrick De Haan, GasBuddy’s head oil analyst.

The overall panic has also prompted the price of gas to jump.

“They have gone up as high from anywhere from 3 to 10 cents overnight,” she added.

The governors in Florida, North Carolina, Georgia and Virginia have declared states of emergency as of Wednesday, and have moved to ease gas transportation guidance. For example, Georgia Gov. Brian Kemp (R) temporarily cut the gas tax in his state, while also suspending any weight restrictions on trucks that would be moving fuel. Florida Gov. Ron DeSantis (R) issued an executive order that indicates that he would call on the National Guard if needed.

But with another crisis brewing—labor shortage—gas stations have bumped into logistical hurdles in getting fuel, as there is a massive scarcity of truck drivers.

The White House said that federal agencies are working to swiftly respond to the fuel disaster, urging drivers to only get gas if they need it. Some consumers, however, are panic-buying and hoarding gas in the event that fuel grows completely depleted.

But the Biden administration confirmed that the pipeline will be operating normally soon.

“Our top priority right now is getting the fuel [to] the communities that need it, and we will continue doing everything that we can to meet that goal in the coming days,” Transportation Secretary Pete Buttigieg told reporters.

“We're working around the clock with our federal, state, local and industry partners to respond to the Colonial Pipeline cybersecurity incident,” Deputy Energy Secretary Dave Turk said in a video statement on Tuesday.

The Department of Energy said that officials will transport fuel by train or ship if necessary.

Experts noted that pipeline production and operations should return to full capacity by the end of the week. Gas prices, however, may continue to surge as consumers turn to driving during the summer months.