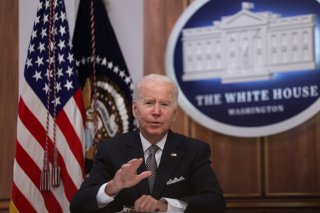 The dreaded calls of a knee-buckling recession have only grown louder in the wake of the Federal Reserve signing off on a fourth-consecutive seventy-five-basis-point interest rate hike to slow critical areas of the economy and tame decades-high inflation.

However, as reported by CNN Business, Wall Street’s most powerful investment bank remains cautiously optimistic, despite an array of headwinds, that the United States will be able to avert an economic downturn. In a note to clients on Monday, Goldman Sachs stated that it currently sees a 35 percent chance of a recession over the next twelve months. While that figure is double the normal risk of a recession, it is far below what other economists are predicting.

According to recession probability models released by Bloomberg economists, a recession is effectively certain within the next twelve months. That projection comes on the heels of the Wall Street Journal’s survey of sixty-six economists, who say that the odds of a recession within the next twelve months is 63 percent—the first time the survey positioned the probability above 50 percent since July 2020.

“The most encouraging recent step on the narrow path to a soft landing has been the slowdown in nominal wage growth,” he continued.

Meanwhile, the White House has repeatedly asserted that the country is not mired in a recession and does not expect to see one.

“We are not in a recession. I want to be really, really clear on that,” White House chief of staff Ron Klain told MSNBC last Thursday. “Unemployment claims remain at a historical low. … The economy is growing. It is strong. It is creating jobs.”

However, Klain admitted that persistent inflationary pressures pose the “biggest problem,” and bringing that down remains the number one priority of the Biden administration.

“Our mission here at the White House is to continue that kind of economic growth, continue the job creation, continue to move the economy forward and to tackle the biggest problem we have in the economy right now, frankly, which is inflation and bringing down prices of everyday things that hit people, really hit people hard,” he said.