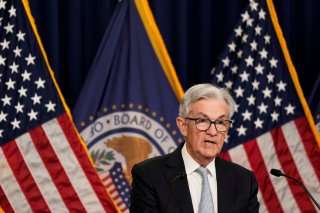 In welcome news for the Federal Reserve and millions of Americans, CNBC reported that inflation was found to have eased slightly last month.

The Bureau of Labor Statistics reported that October's Consumer Price Index (CPI) climbed 0.4 percent for the month and 7.7 percent year-over-year, the lowest annual increase since January. Economists had expected prices to rise at an annual 7.9 percent clip and 0.5 percent month-over-month, per Bloomberg consensus, estimates.

Excluding volatile food and energy costs, the core CPI trekked higher by 0.3 percent for the month and 6.3 percent annually, which were also less than expected.

Markets reacted sharply to the CPI report, with the Dow Jones Industrial Average jumping more than 2.5 percent, the S&P 500 4 percent, and the Nasdaq Composite 5.5 percent.

“It certainly shows how much the markets been keyed about, worried about and wants to run on CPI if you get any sort of help here,” John Briggs of NatWest told CNBC. “It just brings up the idea of peak inflation, peak Fed.”

Michael Arone, chief investment strategist at State Street Global Advisors, told the business news outlet that the “trend in inflation is a welcome development, so that’s great news in terms of the report.”

“However, investors are still gullible, and they are still impatiently waiting for the [Fed Chair Jerome] Powell pivot, and I’m not sure it’s coming anytime soon,” he continued. “So I think this morning’s enthusiasm is a bit of an overreaction.”

The latest inflation reading comes as the Federal Reserve has continued with its aggressive stance to slow critical areas of the economy and tame decades-high inflation.  Last week, the central bank signed off on a fourth-straight seventy-five-basis-point interest rate hike, boosting its short-term borrowing rate to a target range of 3.75 percent to 4 percent, the highest level since January 2008.

The CPI reading is a crucial report for the Fed, which meets next month and is widely expected to raise its fed funds target rate by a half percentage point. With the positive report, there is now a chance for smaller or even no hikes after the December meeting.

According to CME Group data, futures tied to the fed funds rate suggested an 80.6 percent probability of a 0.5 percentage point move next month, up from 56.8 percent the day before.