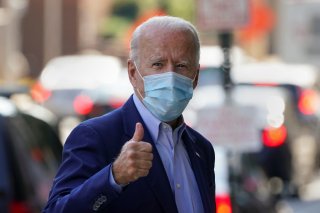 Now, there’s some good news. The 2022 version of the report is out, and once again, the Old-Age and Survivors Insurance (OASI) Trust Fund is on track to pay full benefits through 2034, a year later than last year’s report stated. In addition, the Disability Insurance (DI) Trust Fund “is no longer projected to be depleted within the 75-year projection period.”

The OASI Trust Fund pays retirement and survivors benefits, while the Disability Insurance (DI) Trust Fund pays disability benefits. The report also said that “the hypothetical combined OASI and DI funds would be able to pay scheduled benefits on a timely basis until 2035.”

“Changes were made to near-term economic data and assumptions reflecting that the recovery of employment, earnings, and GDP from the 2020 recession has been faster and stronger than projected in last year’s report, resulting in higher payroll tax receipts and higher revenue from income taxation of Social Security benefits,” the government said in the report.

“Lawmakers have many policy options that would reduce or eliminate the long-term financing shortfalls in Social Security and Medicare. Taking action sooner rather than later will allow consideration of a broader range of solutions and provide more time to phase in changes so that the public has adequate time to prepare,” the report concluded.

Last year’s version of the report was long-delayed, arriving in the fall, but this year's version arrived much earlier. In fact, the 2021 report arrived so late that a group of senators wrote to the Treasury secretary to complain about the delay.

Per CNBC, the Secretaries of the Treasury and Labor have commented on the announced change.

Earlier this week, the House Ways and Means Committee held a hearing on customer service problems at the Social Security Administration. Meanwhile, a probe is looking into a Social Security program that levied penalties on poor and disabled Social Security beneficiaries as well as allegations that the SSA fired whistleblowers for speaking out against the fines.