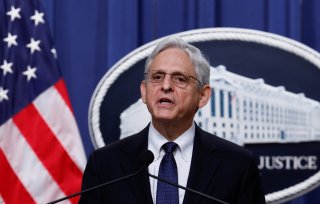 The federal government has announced a series of indictments against nearly fifty defendants who allegedly defrauded the Federal Child Nutrition Program, a government-funded child nutrition program meant to feed poor children during the Covid-19 pandemic.

Named in the indictment is Feeding Our Future, a Minnesota nonprofit that was raided earlier this year. In all, forty-seven people were charged, across six separate indictments, based on three criminal investigations, with charges including conspiracy, wire fraud, money laundering, and bribery.

Those charged, the government says, “obtained, misappropriated, and laundered” millions of dollars meant to pay for meals for needy children. Those accused, the prosecutors say, took advantage of relaxed requirements meant to ensure children would be fed during the pandemic.

“These indictments, alleging the largest pandemic relief fraud scheme charged to date, underscore the Department of Justice’s sustained commitment to combating pandemic fraud and holding accountable those who perpetrate it,” Attorney General Merrick B. Garland said in the release. “In partnership with agencies across government, the Justice Department will continue to bring to justice those who have exploited the pandemic for personal gain and stolen from American taxpayers.”

The Feeding Our Future organization, the government alleged, set up more than 250 bogus Federal Child Nutrition Program sites around Minnesota, and collected money while falsely claiming to be serving food to children. The scheme also, it is alleged, includes shell companies, bogus documents, and fake names, which prosecutors say were generated from a website called www.listofrandomnames.com. (That site is currently down, with an error message that says “We are currently undergoing an upgrade. The site will return soon. Thank you for your patience and sorry for the inconvenience.”)

The U.S. Attorney for Minnesota, Andrew Luger, described the alleged scheme. “This was a brazen scheme of staggering proportions,” Luger said in the announcement. “These defendants exploited a program designed to provide nutritious food to needy children during the COVID-19 pandemic. Instead, they prioritized their own greed, stealing more than a quarter of a billion dollars in federal funds to purchase luxury cars, houses, jewelry, and coastal resort property abroad. I commend the work of the skilled investigators and prosecutors who unraveled the lies, deception, and mountains of false documentation to bring this complex case to light.”