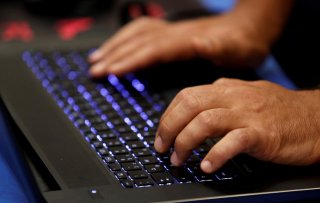 The trial is underway of an accused hacker who prosecutors say downloaded the personal information of 100 million Capital One customers, including 140,000 Social Security numbers.

According to the New York Times, the defendant is a former Amazon employee who claimed she was doing legitimate research. She’s been charged with ten counts of computer fraud, wire fraud, and identity theft, and the trial is taking place in federal court in Seattle.

“They are interpreting a statute so broadly that it captures conduct that is innocent and as a society, we should be supporting, which is security researchers going out on the internet and trying to make it safer,” the woman’s lawyer told the newspaper.

The U.S. attorney, however, claims that the woman was “motivated both to make money and to gain notoriety in the hacking community and beyond,” according to a legal filing reported by the newspaper.

In other news related to Social Security-involved crimes:

A sixty-nine-year-old West Virginia woman has pled guilty to charges of theft of government benefits and making materially false statements to federal agents.

According to the U.S. Attorney’s office for the Southern District of West Virginia, the woman has admitted that she collected Social Security benefits meant for a deceased relative. The collections took place over a four-year period between 2016 and 2020, and she collected $46,356 in federal benefits.

The woman also, per the prosecutors, has admitted that she lied to federal investigators, first lying that she was her sister, and then claiming that she would be out of town for a month. She is scheduled to be sentenced in September, facing a maximum of fifteen years in prison.

And in Indiana, a woman was accused of stealing nearly $70,000 in Social Security funds that were meant for her deceased sister, as reported by the Greenfield Reporter, citing a Social Security Administration (SSA) report.

Per the newspaper article, the woman “had a scheme to defraud the Social Security Disability Benefits Program.” After her sister passed away, the woman did not notify authorities but rather received  $69,056 through direct deposit.

The woman, the newspaper said, spent the money on “household bills, furniture, a Capital One credit card and transferred much of it to her own personal bank account.” Officials said the woman, when interviewed by federal officials last September and admitted to what she had done. She also claimed that “she tried to get SSA to stop sending the money, but they kept depositing funds into the account.”