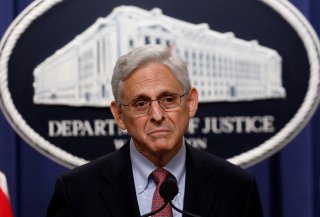 Several indictments and convictions have been announced for multiple individuals accused of crimes related to Social Security.

The McClatchy newspapers reported that a man in Alabama illegally collected Social Security meant for his late mother for fourteen years. The man pleaded guilty in the U.S. District Court for the Southern District of Alabama. He was accused of improperly collecting $71,865.13. He faces up to ten years in prison.

His mother died in 2006, but he never reported it as required. He also reported changes of address multiple times in order to keep receiving the benefits.

At the end of July, a forty-nine-year-old New York woman pleaded guilty to making false statements to obtain Social Security benefits, the U.S. Attorney’s office for the District of New Hampshire announced.

The woman, the prosecutors said, was improperly receiving Supplemental Security Income (SSI) benefits. Those benefits were reduced when she got married, but the woman “submitted a false statement to Social Security claiming that her spouse had moved out of her home and was no longer part of her household.” Therefore, she received $46,625.60, to which she was not entitled.

Sentencing is set for November 2.

In another case, in Texas, a twenty-eight-year-old Washington man pleaded guilty to conspiracy to commit mail fraud and was sentenced to fifty-one months in federal prison. According to the U.S. Attorney’s office for the Eastern District of Texas, the man had pleaded guilty in late 2021 to his role in the Social Security scheme, which had roped in call center employees in India.

The callers from India would call Social Security recipients, pose as government agents, and claim that the victims would “suffer financial ruin or criminal liability if they did not immediately send money to correct fictional problems often involving the victim’s social security benefits.” The man who pleaded guilty would receive a fee for each victim.

The U.S. Attorney’s office is also attempting to educate the public about such scams.

“We need help getting the word out to look out for our neighbors,” U.S. Attorney Brit Featherston said in the announcement.

“Our greatest generation is constantly being attacked by phone and computer scammers. Tricked, our elderly and some not-so-elder generations are falling prey to phone scammers who threaten them with jail time if they don’t withdraw, package, and mail money across the country. No government agency will threaten you with jail over the phone and then demand cash be wrapped in foil and mailed.  Scoundrels like Gandhi take advantage of our senior citizens and he was part of a very large network that houses hundreds of callers who spend their days calling and scamming.”

In a separate case, a woman from Guatemala has been sentenced to jail time after prosecutors say she used a fraudulent Social Security card to work under another person’s Social Security number.

According to the U.S. Attorney for the Northern District of Iowa, the woman had pleaded guilty in May to one count of unlawful use of an identification document and one count of illegal reentry into the United States. The woman had earlier been deported and illegally re-entered the country, settling in Iowa.

The woman was sentenced to 113 days’ imprisonment, followed by three years of supervised release. She will also be turned over to immigration officials.

And in Boston, a man was indicted for COVID-Relief and Federal Assistance Benefit Fraud, a scam that prosecutors say involved using a fraudulent Social Security number.

According to the U.S. Attorney for the District of Massachusetts, the man, a native of the Dominican Republic, was charged with three counts of mail fraud, two counts of aggravated identity theft, and two counts of misrepresentation of a Social Security number.

The man, the announcement said, “used the identity of a United States citizen to apply for and receive $29,051 in Pandemic Unemployment Assistance (PUA) benefits, made available under the Coronavirus Aid, Relief, and Economic Security (CARES) Act. It is further alleged that [he] also used the identity to apply for and receive $7,230 in SNAP benefits.”

The man faces up to twenty years in prison for each charge of mail fraud, up to five years for each Social Security fraud count, and two years for each count of aggravated identity theft.