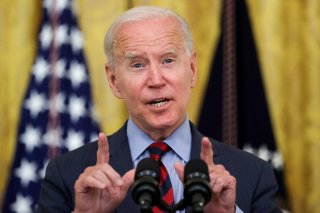 Even before the rollout of the initial batch of Child Tax Credit (CTC) payments last month, President Joe Biden was indeed confident that the direct cash would have a major impact on the lives of millions of American children.

“This tax cut will give our nation’s hardworking families with children a little more breathing room when it comes to putting food on the table, paying the bills, and making ends meet,” he said in a statement, adding that about ninety percent of all children in the country will see direct benefits from the recurring monthly payments.

Now with two rounds of Child Tax Credit payments already in the books, it appears that the president’s predictions have already come true.

New research from the Census Bureau has revealed that parents who have received the Child Tax Credit funds reported less trouble affording food and paying for basic household expenses. It also noted that approximately ten percent of American households with children sometimes or often didn’t have enough to eat over the past week—the lowest percentage registered since the pandemic started a year and a half ago.

“Even though adults in households with children are more likely to experience food insufficiency, those households saw a three percentage point decline between the surveys conducted before and after the CTC payments,” it continued.

As for how the Child Tax Credits were spent, using the cash for school expenses topped the list—with about sixty percent tapping into at least part of the funds to pay for books and supplies, tuition, tutoring, school transportation, or after-school activities.

Furthermore, nearly half of parents used at least some of the tax credits for food, twenty-eight percent for Internet, cell phones, and other utilities, and about twenty-five percent for clothes.

“When we compare households with children before and after the arrival of the CTC payments, we see a decline in the share of adults in households struggling to pay expenses,” the Census Bureau wrote.

“In contrast, the share of adults in households without children that had difficulty paying expenses increased slightly during this period,” it added.

The poll’s findings also showed that about twenty-seven percent of parents admitted that they already have spent all of their Child Tax Credit payments. Another thirty-two percent claimed that they have mostly saved the funds, while about forty percent used the direct cash to pay off outstanding debt.