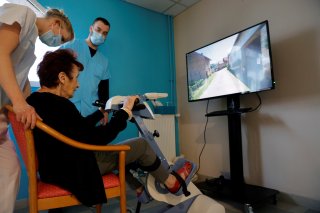 For the past several decades, most Americans have been advised by financial experts to wait as long as possible before filing for their Social Security benefits.

The reason to do so is rather obvious—bigger checks will be waiting for those who already have the financial resources to hold off. What exactly is the difference? The Social Security Administration has noted that if a person can wait until age seventy to file, he or she would be eligible for the absolute maximum amount—which currently comes in at $4,194. But for those retirees who claim at age sixty-two—the earliest age to do so—be aware that the maximum amount will only be $2,364.

However, as many retirees are already aware, it isn’t always so black and white. According to Maurie Backman, a personal finance writer for The Motley Fool, “while it makes sense that you’d want to score the highest monthly benefit you’re eligible for, if your health is in really poor shape going into retirement, you may want to consider going another route—filing for benefits as early as possible.”

Nothing will stop someone from filing for Social Security benefits at age sixty-two, “but for each month you sign up for benefits ahead of FRA (full retirement age), they’ll be reduced on a permanent basis. As such, your initial inclination may be to wait until FRA (or even beyond) to file. That’s a move that could make sense if your health is in decent shape. But if your health is very poor going into retirement, you may want to specifically file as early as possible. Doing so will reduce your Social Security benefits on a monthly basis, but it might also result in you getting more money on a lifetime basis,” Backman explained.

This is advice that Juan Fourneau will likely be heeding when it’s his turn to retire. In an op-ed that was published by finance website MarketWatch, he wrote that “as soon as I’m eligible, I’ll strongly consider claiming Social Security. Why? I never knew either of my grandfathers. My mom’s dad died of a stroke when she was nineteen years old. One of my favorite photos of my parents’ wedding is that of my uncle—my mom’s oldest brother—walking her down the aisle. My grandfather never got to see my parents wed.”

Fourneau added that his grandfather died very young too. “Dad had no memory of his father,” he said. “My dad, Jorge, passed away at seventy-two. I was grateful he had ten years of retirement and was able to enjoy his grandchildren and have some years of leisure. He had earned it after almost forty years at a retread factory. … I understand the numbers and statistics that support claiming Social Security benefits later. But I can’t help but want to hedge my bets and claim my benefits at age sixty-two. I’m 100 percent certain that, if I’m still working at the plant at that age, I won’t hesitate to retire and claim my benefits.”