Having Issues With Your Child Tax Credit Direct Deposit? Fix It By August. 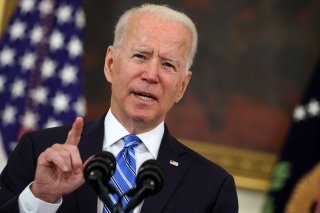 It was only a week ago when the Internal Revenue Service and the Treasury Department announced that $15 billion worth of expanded child tax credits that were approved under President Joe Biden’s American Rescue Plan were in the process of being disbursed to thirty-five million American families.

And of those payments sent out, the IRS confirmed that 86 percent were delivered via direct deposit, while the rest would eventually be delivered by the post office as paper checks.

Eligible parents who are still having problems with their direct deposits should know that there are ways to check the status and change over to the payment method of choice.

The quickest way to make such changes is to log onto the Child Tax Credit Update Portal, which is now available on IRS.gov. Do be aware that any updates made by August 2 will apply to the next child tax credit payment slated to be made on August 13 and all subsequent payments thereafter.

In fact, the tax agency is even pressing families to strongly consider switching to direct deposit if possible. “With direct deposit, families can access their money more quickly,” the IRS notes. “Direct deposit removes the time, worry and expense of cashing a check. In addition, direct deposit eliminates the chance of a lost, stolen or undelivered check.”

Take note that the Child Tax Credit Update Portal can be used to make other changes as well, such as opting out of receiving the recurring payments so that they can receive a one-time lump sum during tax season next year.

“The Update Portal is a key piece among the three new tools now available on IRS.gov to help families understand, register for and monitor these payments. We will be working across the nation with partner groups to share information and help eligible people receive the advance payments,” IRS Commissioner Chuck Rettig said in a statement.

Another important portal for some parents is the Non-filer Sign-up Tool, which aims to assist individuals who normally don’t file a federal tax return. The IRS says that the information garnered from this portal will help it promptly issue the child tax credit payments.

Approved under Biden’s $1.9 trillion stimulus legislation, the government is now allowing eligible parents to collect as much as $3,600 per year for a child under the age of six and up to $3,000 for children between ages six and seventeen. This amounts to a $250 or a $300 payment for each child every month through the end of the year. Furthermore, eighteen-year-old dependents and full-time college students who are under the age of twenty-four will make their parents eligible for a one-time $500 payment.