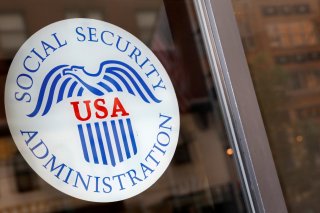 “We are holding this important hearing today to spotlight and underscore customer service challenges at the Social Security Administration, during the COVID-19 pandemic and prior to 2020,” Rep. John Larson (D-CT), the chairman of the subcommittee, said in his opening statement at the hearing.

“We have all heard stories from our constituents and from well-publicized articles across the country of the struggles of Americans accessing benefits and services while the field offices were closed during the pandemic due to health and safety concerns. We have also heard from employees and union members.”

Social Security’s offices were closed for more than two years due to the pandemic, finally reopening in April. But there are still frequent complaints of long wait times and other customer service issues.

Larson added that some members of the committee had sent a letter to President Biden calling for a new “Beneficiary Advocate” position at SSA. Three senators sent the president a similar letter back in March.

The Congressman added that while the SSA is a very efficient agency, “they can’t be efficient without more funding.”

Among those testifying was Grace Kim, SSA’s deputy commissioner for operations.

“As a former Regional Commissioner and career employee with more than 30 years of service with SSA, I know just how critical SSA’s programs and services are to the public. I also understand that ensuring greater access to our services is essential—whether in-person, online, or over the phone,” Kim testified, according to a transcript of her testimony.

“While many customers embraced the convenience of online or telephone service, that is not an option for everyone or for every type of service. We were acutely aware that we were not fully meeting the needs of people who face barriers or who need in-person service to conduct their business. From the start, we knew we needed to restore in-person services when it was safe to do so and after meeting our labor obligations,” Kim added.

The Republicans on the committee also weighed in, including Rep. Kevin Hern (R-OK), who gave his own opening statement.

“The SSA’s administrative budget is made up of a combination of money from the Trust Funds and general revenues for SSI and other workloads. While the Social Security Trust Funds have a large surplus now, that surplus was built over four decades and is expected to be depleted in just over 10 years, meaning every Trust Fund dollar spent administering the programs is a dollar that can’t be paid in benefits. This brings us one dollar closer to Trust Fund exhaustion,” he said.

“Likewise, every general revenue dollar spent as part of SSA’s budget is a dollar taken from a hardworking taxpayer that can’t be used to pay for other priorities, including benefits. It’s important to make sure that these dollars are spent effectively.”