Help On the Way: Californians to Get Another Round of Stimulus Payments 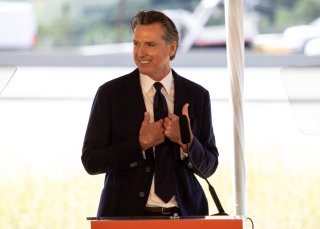 There is some great news for those in the state of California who are still waiting for their stimulus checks.

As reported by Forbes, roughly 73,000 payments from the Golden State Stimulus program are heading out to eligible residents, with the majority of them being issued via traditional mail.

The news outlet added that “California will send 8.5 million payments total, with two out of every three Californians being eligible.”

Eligible taxpayers—who made up to $75,000 for the 2020 tax year in the state—will be in line to receive a one-time payment of $600. Qualifying individuals with ITINs (Individual Taxpayer Identification Numbers)—generally immigrants and undocumented workers—will receive an additional $600, and taxpayers with dependents will get an additional $500, according to Forbes.

There could be even more money heading out to state residents to help out during these high-inflationary times. For weeks, Governor Gavin Newsom’s office and most Democrats have floated the possibility of a $400 rebate in the form of a debit card being issued to every vehicle owner in the state.

The refunds would include $400 for each registered vehicle, up to two, that a state resident owns. That means that eligible individuals could potentially receive up to $800 in total from the state to help offset high gas prices.

Newsom’s office has also proposed offering sizable grants—up to $750 million—to make public transit free to the public for up to three months.

“We’re taking immediate action to get money directly into the pockets of Californians who are facing higher gas prices as a direct result of [Russian president Vladimir] Putin’s invasion of Ukraine,” Newsom said in a statement.

Not to be outdone, several other states have taken action to propose their own version of tax rebates or stimulus checks to help ease the burden of red-hot inflation.

For example, many Missouri taxpayers could be in line for a one-time refund of up to $500 per individual under a plan endorsed by state senators. The rebates will be limited to taxpayers earning $150,000 or less, or $300,000 for a married couple, and those who didn’t pay income tax in 2021 will be ineligible for the money.

In an additional rebate program proposed by lawmakers in Hawaii, taxpayers earning less than $100,000 per year and their dependents will be on the receiving end of a $300 payment. For those who earn more than six figures annually, they will receive $100.

In Pennsylvania, Governor Tom Wolf is urging lawmakers to disburse $2,000 checks for state families with incomes of $80,000 per year or less, state lawmakers in Maine have approved a budget that includes $850 stimulus checks for an estimated 858,000 residents, and residents of New Mexico can expect to receive cash rebates of between $500 and $1,000.