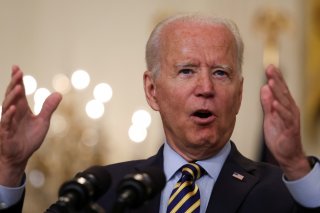 There’s no question that many retirees and soon-to-be ones often wonder whether Social Security benefit payments will be able to cover their current lifestyle for the years to come.

However, with the consumer price index—the primary indicator of inflation in the United States—steadily pointing north over the past few months, the dollar just doesn’t go far these days. With this in mind, the Social Security program’s cost of living adjustment (COLA) for next year is expected to receive a sizeable boost to the tune of 6.2 percent, according to the nonpartisan senior group the Senior Citizens League. If that happens, it will represent the biggest raise seen in nearly four decades.

But giving out such raises does come with a cost. In fact, according to a recent report released by the U.S. Treasury Department, the Old-Age and Survivors trust fund will only be able to pay the scheduled Social Security benefits until the year 2033, while the Disability Insurance fund has been estimated to be adequately funded through 2057. As for the highly relied upon Medicare’s hospital insurance fund, it is expected to run dry in 2026.

The Treasury Department said in a statement that “the finances … have been significantly affected by the pandemic and the recession of 2020.”

However, this does not mean that Social Security will just vanish. If no changes are made to the current system, the program will be able to pay only seventy-eight percent of benefits as scheduled. For example, for those retirees who are currently receiving $1,500 a month, that amount could be cut to only $1,170.

What will it take to make the program whole again? According to one finance expert on the Motley Fool, “there is still time to right the ship.”

AARP also recently noted that the Social Security program—although far from being a perfect system—will remain solvent in the decades ahead.

“As long as workers and employers pay payroll taxes, Social Security will not run out of money. It’s a pay-as-you-go system: Revenue coming in from FICA (Federal Insurance Contributions Act) and SECA (Self-Employed Contributions Act) taxes largely cover the benefits going out,” the group writes.