Here’s How to Net the Maximum Monthly Social Security Benefit 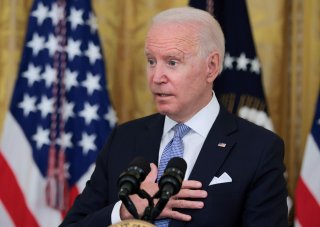 One common grumbling shared by many soon-to-be retirees is that the Social Security benefit payments won’t nearly be enough to cover their current lifestyle.

But what if one could collect the maximum amount allowed—would that be enough to fund a comfortable decades-long retirement? According to the Social Security Administration (SSA), the absolute maximum monthly payout currently stands at $3,895.

However, according to the financial website Motley Fool, seniors getting their hands on the max amount is much more difficult than many believe. Here is what needs to happen for an individual to be eligible for that nearly $4,000 monthly check.

First, one must have a minimum work history of thirty-five years. “But if you don't work a full thirty-five years, you'll have a $0 factored into your benefits calculation for every year you go without an income. Make sure to put in thirty-five years in the workforce at a minimum if you really want a shot at that maximum benefit,” the financial expert writes.

Another important factor is that one’s income needs to be in the upper levels, as “there’s a wage cap in place for Social Security that changes from year to year. That wage cap dictates how much earnings workers are taxed on for Social Security purposes, and it also determines how much of your annual income counts toward calculating your benefit.”

The wage cap for this year is $142,800, “which means earnings beyond that point aren't subject to Social Security taxes and won’t help you collect a higher benefit.”

Perhaps the biggest decision one can make to net a higher payout is to wait until age seventy to file for benefits.

“Workers planning for their retirement should be aware that retirement benefits depend on age at retirement. If a worker begins receiving benefits before his/her normal (or full) retirement age, the worker will receive a reduced benefit. A worker can choose to retire as early as age sixty-two, but doing so may result in a reduction of as much as thirty percent,” the SSA says.

“Starting to receive benefits after normal retirement age may result in larger benefits. With delayed retirement credits, a person can receive his or her largest benefit by retiring at age seventy,” it continues.

Despite the higher benefit payouts, it appears that most Americans aren’t willing to wait. According to Schroders’ 2021 U.S. Retirement Survey, only ten percent of non-retired workers aged forty-five and over plan to wait until age seventy to begin filing for benefits, while thirty percent plan on taking Social Security between sixty-two and sixty-five and fourteen percent between sixty-six and sixty-nine.

Roughly half of the respondents admit that they are unsure when they will claim Social Security.