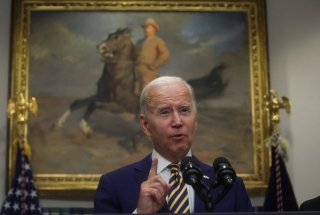 President Joe Biden announced on Wednesday a sweeping effort to immediately cancel massive amounts of federal student loan debt for millions of Americans. However, many affected borrowers must understand that it isn’t a one-size-fits-all plan.

National Public Radio reported that Americans are on the hook for roughly $1.6 trillion in federal student loans. The Biden administration’s plan is expected to provide relief to about forty-three million borrowers and completely wipe clean the student loan debt of around twenty million individuals.

With this in mind, here are some of the biggest questions borrowers may still have. First, individuals must stay within the stated income threshold to qualify. Those with federal student loans who make under $125,000 annually, or couples earning less than $250,000, qualify for up to $10,000 in forgiveness.

To get up to $20,000 in relief, per CNN, a borrower needs to have received a Pell Grant to attend college. According to the Department of Education's Federal Student Aid (FSA) office, this particular grant is only given to undergraduate students who “display exceptional financial need and have not earned a bachelor's, graduate, or professional degree” and “does not have to be repaid, except under certain circumstances.”

The White House has stated that around 60 percent of all federal student loan borrowers received Pell Grants.

As for what steps eligible borrowers need to take, remember that many won’t have to do anything. The FSA has stated that nearly eight million borrowers may be able to receive their debt cancellation automatically because the Department of Education is already in possession of their income information.

For the other borrowers, the Biden administration will launch an application portal that will allow them to provide their income information. FSA has confirmed that the application will be available before the latest moratorium on student loan repayments ends on December 31.

One unexpected part of Biden’s student loan announcement was a proposal to create a new income-driven repayment (IDR) plan to assist people who have difficulty making large monthly payments. The program will allow borrowers to pay no more than 5 percent of their monthly income on undergraduate loans, a sizeable decrease from the current 10-percent threshold.

The plan will also increase the amount of income considered non-discretionary, providing even more assistance to the average borrower.