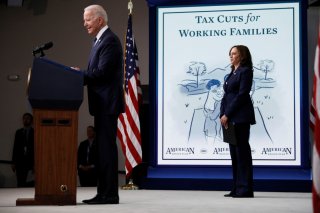 The Internal Revenue Service (IRS) has put out notices for weeks saying that taxpayers should file electronically and focus on having error-free returns.

If this is the case, most Americans should get their hands on their tax refunds within twenty-one days of filing, according to the IRS. However, there are reports that people who filed their returns weeks ago are checking the IRS’ “Where’s My Refund?” tool, only to find out that their return is still being processed.

This means that the IRS “got your tax return, so you don’t have to sweat that there was an issue with them receiving it,” Howard Samuels, a certified public accountant at Samuels & Associates, told CNBC.

“Unfortunately, due to Covid-19, the IRS is overwhelmed,” he continued, adding that the agency is still highly affected by staffing issues and tax law changes due to the health crisis. Samuels advised that concerned taxpayers should prepare to wait an extra few more weeks.

“At this point I would say sit tight for at least four to six weeks,” Samuels advised. “After that, you may want to call the IRS to find out what’s going on.”

But actually getting someone on the line has been a major ongoing issue. “Your best bet is to call first thing in the morning as soon as the IRS opens at 7 a.m. ET,” Samuels said. “I’ve also heard some people have luck when they call later in the day around 6 p.m. or 6:30 p.m. (Eastern) right before the IRS closes at 7 p.m.”

Meanwhile, in a bid to get through the backlog of millions of tax returns from last year, the IRS is reassigning workers to better tackle the problem.

According to National Taxpayer Advocate Erin Collins, the agency has roughly 23.5 million tax returns and other documents in its backlog, including many that require manual processing.

Collins recently told members of the Senate Finance Committee that “all paper and electronic individual refund returns received prior to April 2021 have been processed if the return had no errors and did not require further review.” However, "by implication, that means returns filed as far back as April of last year are still awaiting processing.”

Collins also noted that paper returns have become the IRS’ “kryptonite.” She added that “the IRS still transcribes paper line by line, number by number.”

According to NPR, the Biden administration has proposed a 14 percent funding increase to the IRS’ budget for the current fiscal year. The administration had also sought an additional $80 billion increase over the next decade as part of its stalled Build Back Better legislation.