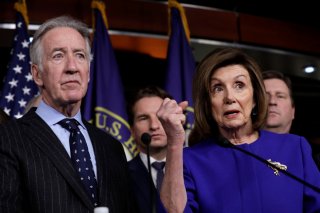 This Tuesday, a Congressional committee will host a long-awaited hearing on Social Security and its customer service challenges. Now, the hearing’s witness list has been revealed.

The hearing will include a panel of witnesses consisting entirely of women. They include:

-Tracey Gronniger, the directing attorney, of Justice in Aging;

-Bethany Lilly, senior director of public policy, The Arc of the United States, on behalf of the Consortium for Citizens with Disabilities Social Security Task Force;

-Yanira Cruz, the president and CEO of the National Hispanic Council on Aging;

The hearings will be held following the reopening of the nation’s Social Security offices in early April after they were closed for more than two years. But even with the offices back, there remain delays and other inefficiencies with Social Security customer service.

Republicans on the Ways and Means Committee had been pushing for a hearing on the issue.

“Over the past few months, the SSA has gradually increased in-office service in certain, limited, critical cases and will resume in-office service for all members of the public today. However, the SSA anticipates that reopening will result in delays and long waits for customers who haven’t scheduled an appointment, which generally requires calling the SSA ahead of time,” the committee’s Republicans said a letter in early April.

“In the more than two years since the SSA closed its offices to the general public, this committee has not held a single hearing to discuss these challenges, despite the difficulties that our constituents have had and continue to face when trying to do business with the SSA,” the letter continued.

Two senators from Ohio, Democrat Sherrod Brown and Republican Rob Portman, this month introduced a bill called the Savings Penalty Elimination Act, which is aimed at reforming the Social Security-affiliated Supplemental Security Income Program. The bill would “update SSI’s restrictive asset limits and better meet the needs of vulnerable seniors and Ohioans with disabilities,” Portman said in a statement earlier this month.

The hearing will be available to live stream here.