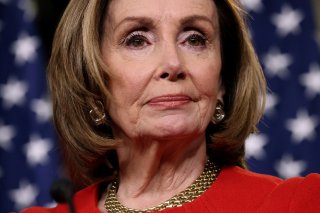 The U.S. House Democrats’ campaign wing tightly defeated its Republican counterpart over fundraising in April, as the Democrats raised nearly $1 million more amid efforts to steal seats in the 2022 midterm elections.

After experiencing a fundraising win in April, the DCCC said it entered May with roughly $32.1 million in the bank, slightly below the NCCC’s total, of $34 million. The findings were first reported by Bloomberg.

The upcoming election presents a brutal test for Democrats since parties who have control over the White House generally lose House seats in the midterms. It’s likely that the GOP can seize control of the House in the 2022 midterm elections, as Republicans lost 41 seats in the 2018 midterms with former President Donald Trump in office and as the GOP took 63 seats in 2010 when former President Barack Obama served.

Currently, Democrats have a minor advantage over Republicans, holding 219 seats to the GOP’s 211, with five vacancies. The Senate is also completely split at 50-50, with Vice President Kamala Harris acting as the tie-breaking vote.

Trump has met with top congressional Republicans, as well as the party’s top donors over his efforts to take back both chambers next year.

In a speech last month, Trump said, “I stand before you this evening filled with confidence that in 2022, we are going to take back the House and we are going to reclaim the Senate—and then in 2024, a Republican candidate is going to win the White House.”

Republicans lost control of the House in the 2018 election, as well as the White House and Senate last year.

While the GOP saw several election losses over the last four years, the party exceeded expectations in the last election cycle when analysts predicted that Republicans would lose more than two-dozen members. GOP lawmakers ended up flipping a number of seats in the House and capturing seats in the upper chamber that Democrats had been monitoring.

House Minority Leader Kevin McCarthy (R-Calif.), who would become speaker if Republicans take control of the lower chamber in 2022, said he would “bet my house” that the party takes back the House next year.

“We’re going to get the majority back. We’re five seats away,” McCarthy said in February. “I would bet my house” on it, he added.