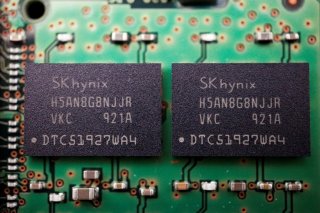 The House of Representatives on Thursday passed by a vote 243-187 a bipartisan legislation to boost domestic semiconductor manufacturing and science research.

All Democrats and twenty-four Republicans voted for the bill, which passed the Senate on Wednesday.

According to the Washington Post, the $280 billion CHIPS and Science Act—short for Creating Helpful Incentives to Produce Semiconductors for America Act—will subsidize domestic semiconductor manufacturing and invest billions in science and technology innovation, with an aim to bolster the country’s competitiveness and self-reliance. Supporters of the bill contend that the legislation is long overdue and will help lower U.S. reliance on China and other countries for chip manufacturing, which they say poses a growing national security risk.

“The American people may not know it, but semiconductors are integral to their everyday experiences,” Rep. Frank Pallone (D-NJ) said in a floor statement ahead of the vote. “They are microchips that are used in automobiles, consumer electronics, and washing machines.”

More than $50 billion will be allocated for semiconductor manufacturing and research, tens of billions of dollars to strengthen regional technology hubs, and billions of dollars for the National Science Foundation, the Department of Commerce, and the National Institute of Standards and Technology. There will also be a tax credit that covers 25 percent of investments in semiconductor manufacturing through 2026.

In a White House statement, President Joe Biden said the bill is “exactly what we need to be doing to grow our economy right now.”

“Today, the House passed a bill that will make cars cheaper, appliances cheaper, and computers cheaper. It will lower the costs of every day goods. And, it will create high-paying manufacturing jobs across the country and strengthen U.S. leadership in the industries of the future at the same time,” the president said.

“By making more semiconductors in the United States, this bill will increase domestic manufacturing and lower costs for families. And, it will strengthen our national security by making us less dependent on foreign sources of semiconductors. This bill includes important guardrails to ensure that companies receiving taxpayer dollars invest in America and that union workers are building new manufacturing plants across the country. I look forward to signing this bill into law,” he continued.

Meanwhile, Senate Majority Leader Chuck Schumer (D-NY) noted that the passage of the bill is a “major step” for U.S. economic and national security, supply chains, and for “America’s future.” He added that “we will reawaken the spirit of discovery, innovation, invention and optimism that made America the envy of the world.”