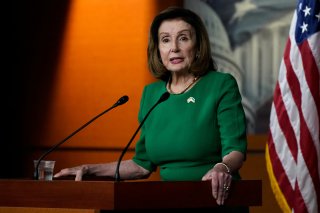 As reported by CNN, the legislation, which passed by a mostly party-line vote of 223-204, is not expected to pass the Senate due to widespread Republican opposition to stricter gun control. The evenly split in the Senate, which gives Vice President Kamala Harris the key tie-breaking vote, means Democrats must persuade ten Republicans to endorse any legislation.

Most House Republicans, however, took the stance that the bill essentially tramples on Americans’ right to bear arms.

“The speaker started by saying this bill is about protecting our kids. That is important. … That's what she said, ‘protecting our kids is important.’ Yes, it is. But this bill doesn't do it. What this bill does is take away second amendment rights, God-given rights, protected by our Constitution from law-abiding American citizens. That's what this legislation does, and that's why we should oppose it,” he continued.

Meanwhile, a bipartisan group of senators is engaging in talks in an attempt to find common ground on gun policy. However, it is still unclear whether any compromise will come from that effort.

“I’m glad to say on this topic we are making steady progress. It is early in the process, but I’m optimistic about where things stand right now,” Sen. John Cornyn (R-TX) said on the Senate floor on Wednesday.

“What am I optimistic about? I’m optimistic that we can pass a bill in the Senate, it can pass the House and it will get a signature by President Biden. And it will become the law of the land,” he added.

Last week, Biden called for a ban on assault-style rifles and high-capacity magazines or an increase in the minimum age to purchase those weapons from eighteen to twenty-one.

“We understand not every component of what the president is calling for is going to stop every tragedy,” she said. “But we have to take the steps, and we have to move forward, and we have to do something.”