Housing Prices Will Continue to Surge Amid Record Inflation 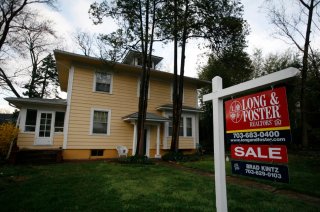 Not to be outdone, the Producer Price Index (PPI)—a measure of average price changes that producers get paid for their goods and services—increased by 9.7 percent over the same period. This all means that the average American will have to continue dealing with declining purchasing power. That is especially challenging for those who are looking to enter today’s highly competitive housing market, which is seemingly getting more and more out of control as each week passes.

According to Fortune, “heading into 2022, there was a wide consensus among real estate firms that the annual rate of home price growth—which peaked at 20 percent in August 2021—would steadily decelerate this year as some normalcy began to return to a housing market that had boomed during much of the pandemic. But now some experts aren’t so sure.”

Fortune goes on to note that back in December, Zillow had projected “that the 12-month rate of home price growth would decelerate to 11 percent by the end of the year. Then in January, Zillow revised that figure—saying that we would finish 2022 up 16.4 percent.”

This past week, Zillow once again threw a wrench into prospective homebuyers’ ambitious plans by announcing that it expects the year-over-year rate of home price growth to peak at a whopping 21.6 percent in May of 2022. “Annual home value growth is likely to continue accelerating through the spring before peaking at 21.6 percent in May, before gradually slowing through January 2023,” Zillow’s researchers wrote.

“Monthly home value growth is also expected to continue accelerating in coming months, rising to 1.7 percent in February and growing to 1.9 percent in April before slowing somewhat. By the end of January 2023, the typical U.S. home is expected to be worth more than $380,000. The robust long-term outlook is driven by our expectations for tight market conditions to persist, with demand for housing exceeding the supply of available homes,” the report continued.

To add more misery to priced-out homebuyers, rent prices are rising as well. According to a survey conducted by Refin, rent rates in Austin, Texas, and Orlando, Florida, rose by almost 30 percent in the last year alone. Certain cities in Florida, New York, and New Jersey have also seen particularly sharp jumps in rent prices.

“The growth in mortgage payments has been driven by both climbing prices and climbing mortgage rates,” Redfin’s chief economist Daryl Fairweather noted in a statement.

“And those rising mortgage costs push more potential homebuyers into renting instead, which pushes up demand and prices for rentals. Mortgage rate increases are accelerating, which will cause both mortgage payments and rent to grow throughout 2022,” she concluded.