How to Best Handle Social Security in 2022 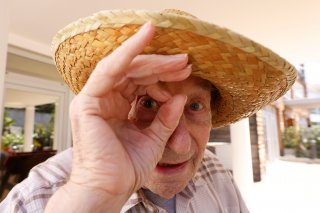 Next year will see many changes to Social Security. On the bright side, for recipients, is the cost-of-living adjustment of 5.9 percent, the highest in nearly forty years. This came as a result of inflation, to which the COLA formula is pegged.

In addition, the full retirement age has risen, the maximum taxable earnings cap is rising as well, while monthly payouts for wealthier individuals will go up as well. This is on top of the report earlier this fall that stated the main trust fund for Social Security will become dissipated in 2034, a year earlier than previously believed, as a result of the pandemic.

Looking ahead to next year, there has been some concern that even with the COLA increase, inflation and increasing Medicare Part B premiums will cause Social Security checks to not go as far in 2022.

CNBC recently published some tips for how to best navigate Social Security next year, and save money.

First, those who receive Social Security are asked to figure out their benefit for next year.

“While you are waiting for that, you can calculate how much you can expect to receive on your own. Take your monthly benefit from this year and multiply it by 1.059 in order to determine how much of an increase you will see from next year’s cost-of-living adjustment,” according to a CNBC advisor insight. “Then, subtract your estimated Medicare Part B premium based on your income tier.”

In addition, those who receive Medicare are asked to shop around during the open enrollment period, which runs through December 7.

“You would be doing yourself an injustice if you didn’t shop around and make sure you have the best coverage and the best price,” Sri Reddy, the senior vice president of retirement and income solutions at Principal Financial Group, told CNBC.

“If you catch some issue or problem, it can save you hundreds and even thousands of dollars by making a move to a more efficient plan, either your health plan or your drug plan,” Johnson, from the Senior Citizens League, told the news network.

CNBC urged Social Security recipients to plan ahead to “mitigate” the tax implications of their benefits.

“A 5.9% cost-of-living adjustment in 2022 will push up the gross amount of your benefits and your income. The result: More of your Social Security benefits could be subject to taxes,” according to a CNBC analyst. “By consulting a tax advisor, you can work to identify the best strategy for you. That could include having more money withheld for taxes from either your Social Security benefits or your retirement account distributions or making other adjustments.”