How Much Oil Will America Use in 2021? Here Are the Forecasts. 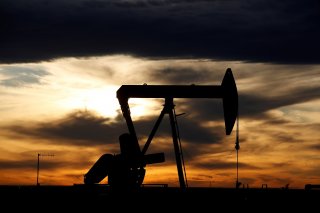 In recent days, the news has been dominated by the story of the Colonial Pipeline Hacking. According to some sources, it was the worst cyberattack on U.S. infrastructure in America’s history; the 5,000-mile pipeline, delivering 2.5 million barrels of oil per day to the East Coast, was abruptly shut down, causing fuel shortages in eight states and prompting the declaration of a national emergency from President Joe Biden.

While this story has enormous ramifications – particularly for drivers in states such as Virginia, North and South Carolina, and Georgia, where half or more of all gas stations statewide have shut down – it is expected to be resolved soon; the Colonial Pipeline has already been re-opened, and it has reported that it intends to resume its full operations within a week.

A more consequential story, in the long run, concerns America’s decreasing oil output. According to the U.S. Energy Information Administration, U.S. crude oil production is slated to fall by nearly 300,000 barrels per day (BPD) throughout 2021. This estimate is an increase from an earlier EIA estimate of a 270,000 BPD decrease.

Altogether, the EIA expects that the United States will pump out an average of 11 million BPD throughout 2021. By 2022, however, the output is expected to rise to 820,000 BPD – largely on account of projected increases in the price of oil above $55 per barrel and further well exploration.

The EIA has also forecasted that oil consumption would increase to 19.5 million BPD in 2021 – roughly the same projected increase as it had forecasted earlier. Between April and September 2021, the EIA estimates a lower consumption, at 9 million BPD; this number is 1 million BPD less than the same period in 2020, but still has yet to return to pre-COVID levels (it is 600,000 BPD below the levels found in 2019).

In 2022, American consumption is scheduled to rise to an average of 20.5 million BPD, an increase of slightly more than 1 million BPD. This number is higher than a previous EIA forecast of 980,000 BPD.

These numbers have, for the most part, still decreased from the levels found before the COVID-19 pandemic. However, there are indications that oil could fully recover from the crisis; as more Americans are vaccinated, they will return to work, commuting instead of Zooming, and resume leisure travel such as tourism. When this happens, demand for oil will increase, and incentives to continue pumping will follow.

For these reasons – even in consideration of the Biden administration’s increased focus on the development of green energy to fight climate change and the need to curtail fossil fuel emissions – the EIA concludes that oil extraction is likely to continue increasing.