This Is How Social Security Spousal Benefits Work 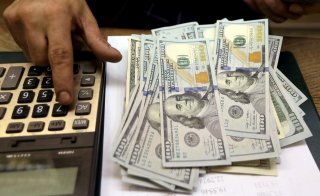 The Motley Fool recently noted that potential extra benefits are available for some people- whether they’re married, or divorced.

“The average retiree receives around $1,500 per month in benefits, according to the Social Security Administration. That comes out to roughly $18,000 per year, and unless you have a lot of money saved in your retirement fund, it can be challenging to make ends meet,” the site said. “Fortunately, you may be entitled to more money in benefits than you think. If you're married or divorced, you might be eligible to collect extra cash in spousal or divorce benefits.”

Those who remain married to people who get Social Security benefits in some cases are eligible for benefits of their own.

“The most you can collect in spousal benefits is half of the amount your spouse will receive at his or her full retirement age,” the site said. “If you're collecting more than that in benefits based on your own work record, you don't qualify for spousal benefits. But if your benefit amount is less than what you'd receive in spousal benefits, you'll receive the higher of the two amounts.”

But you also may be eligible for benefits if you’re no longer married.

The Motley Fool added that “claiming divorce benefits also will not prevent your ex-spouse's current partner from claiming spousal benefits.”

All of that is for now, anyway.

Earlier this week, the government released a long-awaited report showing that the main fund that pays out benefits for Social Security is set to become “depleted” a year earlier than that.

That fund, known as the OASI Trust Fund is now projected to become depleted in 2033, the government says, when that date was previously projected for 2034.

“The Trustees’ projections in this year’s report include the best estimates of the effects of the COVID-19 pandemic on the Social Security program,” Kilolo Kijakazi, Acting Commissioner of Social Security, said in the SSA’s release. “The pandemic and its economic impact have had an effect on Social Security’s Trust Funds, and the future course of the pandemic is still uncertain. Yet, Social Security will continue to play a critical role in the lives of 65 million beneficiaries and 176 million workers and their families during 2021.”