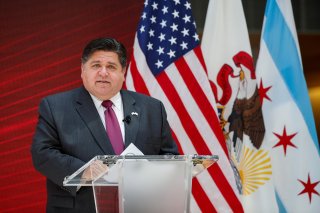 Stimulus checks issued by the federal government to help citizens through the pandemic appear to be a thing of the past. The current composition of Congress makes their return unlikely. This is also the case with the expired expanded child tax credit.

However, some states have enacted or proposed state-level stimulus checks. Among those states is Illinois, where Democrats in the state senate have proposed what they call an “inflation-busting relief plan,” titled the Pay It Forward plan.

The plan entails distributing $100 per person and $50 per child to nearly every taxpayer in Illinois, including all those making up to $250,000 individually or up to $500,000 jointly. All Illinois residents would have to do is file their tax returns for 2021.

The proposal would also suspend the state’s grocery tax and its portion of the gas tax increase for six months.

Also proposed is a property tax credit, a state sales tax holiday on school supplies and clothing for one week in August, an increase in the Earned Income Credit, and tax breaks for teachers and first responders.

“This plan gets money back in the hands of consumers. They’ve endured through this pandemic. It’s time for the state to pay it forward,” Sen. Scott Bennett (D-Champaign) said in a press release. “Through responsible budgeting, the state has wiped out deficits and paid our bills. Now is the time to pay it forward and get money back to taxpayers,”

According to Capitol Fax, Gov. J.B. Pritzker was not briefed in advance when the Senate Democrats announced the proposal. A spokesperson for Pritzker, who is also a Democrat, said they will review it.

“We look forward to reviewing this proposal. Our conversations with members of the General Assembly in both chambers have been productive, and we will continue to focus on delivering fiscally responsible relief for working families,” the governor’s office said.

President Joe Biden reportedly considered sending gas cards to Americans to help combat high gas prices, but the White House ultimately determined that plan was unworkable. A group of Democratic members of Congress proposed $100 monthly rebates for gas, although it’s unclear whether that proposal has much chance of passing.