Inflation Fallout: Half of Seniors Have Already Spent Emergency Savings 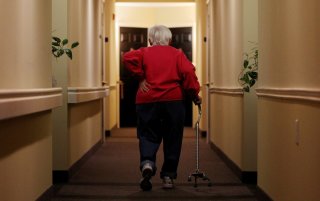 A new online survey conducted by the Senior Citizens League has revealed that the current high-inflationary environment is jeopardizing the financial security of many older Americans.

According to the poll of more than 3,000 participants, per CNBC, half of the respondents aged over fifty-five have spent their emergency savings over the past year due to hot-running inflation.

Moreover, 47 percent admitted that they have visited a food pantry or applied for benefits via the Supplemental Nutrition Assistance Program, or SNAP. And more than 40 percent of respondents have carried debt on a consumer credit card for more than ninety days.

“When people are facing this type of inflation, those who have lower savings tend to be the ones who have to take on more debt to get the bills paid during the month,” Mary Johnson, Social Security and Medicare policy analyst at the Senior Citizens League, told the business news outlet.

There could, however, be much-needed help for seniors on the way due to the fact that they are on track to receive the biggest Social Security cost-of-living-adjustment (COLA) in four decades.

The Senior Citizens League has forecast that the COLA will reach a whopping 8.6 percent next year, the largest increase since way back in 1981 when recipients saw an 11.2 percent bump. If this does become reality, the average Social Security recipient could expect to see an increase of more than $140 per month beginning in 2023.

The group noted in its release that continuous high inflation has caused Social Security benefits to lose an eye-opening 40 percent of their buying power since 2000. In March of last year, the figure was at 30 percent. “That’s the deepest loss in buying power since the beginning of this study by the Senior Citizens League in 2010,” Johnson said in a statement.

“With the cost of living at an all-time high, Social Security has never been more important, yet Congressional Republicans continue to play games with its funding,” DeFazio said in a release.

“This legislation would ensure that the Social Security Trust Fund remains solvent for another seventy-five years, increase monthly benefits for most recipients by $200, and alter the cost-of-living-adjustment formula to meet the everyday needs of our nation’s seniors,” he continued.