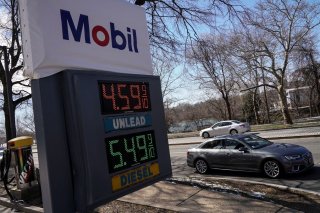 A new eye-opening report from the American Psychological Association (APA) has revealed that the ongoing Russia-Ukraine conflict and the high inflationary pressures across the country have given a majority of Americans unprecedented levels of stress.

According to the association’s annual “Stress in America” poll, the results “found the rise in prices of everyday items due to inflation was rated as a stressor by the highest proportion of adults seen across all stressors,” the report wrote.

In all, 87 percent of respondents reported inflation as a significant source of stress. In addition, stress from supply chain issues came in at 81 percent. As for the Russian invasion of Ukraine, 84 percent admitted that the military action was “terrifying to watch.”

Moreover, “the vast majority of adults reported global uncertainty (81 percent), the Russian invasion of Ukraine (80 percent) and potential retaliation from Russia (e.g., cyberattacks or nuclear threats) (80 percent) to be significant sources of stress.”

Per NBC News, the shared feeling of stress among so many Americans is “startling,” according to Lynn Bufka, a clinical psychologist and the APA’s associate chief for practice transformation. “We don’t usually see 80 percent of people telling us that a particular stressor is stressful for that many individuals,” she continued.

Relief on the Way?

What current price actions and the trajectory of the conflict are suggesting is that inflation could potentially get much worse before it gets better.

He also predicted that Americans will “experience a once in a lifetime source of sticker shock through the remainder of the year”—largely due to the fact that an oil shock combined with broader inflation hasn’t hit the United States since the mid-1970s.

“I think there’s a lot of uncertainty that is related to what’s going on with Russia in Ukraine,” she told CNBC.

“And I do think that it’s exacerbating inflation. I don’t want to make a prediction exactly as to what’s going to happen in the second half of the year. We’re likely to see another year in which 12-month inflation numbers remain very uncomfortably high,” she continued.