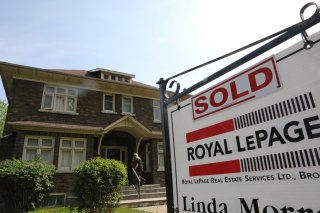 Thus far, 2022 has not been a good year for hungry homebuyers, as rampant demand has led to many being priced out of this cutthroat housing market.

But as reported by Fortune, there might be some much-needed relief on the way. Zillow’s latest home value forecast is now calling for a slight cooling of home price appreciation in the year ahead compared to its previous projections.

According to the company’s release, its researchers are predicting that U.S. home prices will climb 14.9 percent between March 2022 and March 2023. That figure is down nearly 3 percentage points from last month, when Zillow stated that home prices would rise 17.8 percent year-over-year.

“Driving the downwardly revised forecast are affordability headwinds that have strengthened faster than expected, largely due to sharp increases in mortgage rates. Further risks to the outlook as well: Inventory levels remain near record lows, but have the potential to recover faster than anticipated, which could lower future price and sales volume projections,” Zillow researchers wrote.

“Even with the downward revision from last month, these figures would represent a remarkably competitive housing market in the coming year. Annual home value growth of 14.9 percent would have been the highest ever recorded by Zillow before June 2021, and 6.09 million existing home sales would mark the second-best calendar year total since 2006,” they continued.

Despite the slightly favorable market backdrop in the year ahead, it appears that a vast majority of Americans still believe it is a terrible time to purchase a home. The Motley Fool has reported that, according to Fannie Mae’s March survey data, 73 percent of respondents admitted that now’s a bad time to buy a home and that only 24 percent felt that the current market is friendly to homebuyers.

Further pressuring the housing market are fast-rising interest rates. Over the past month alone, the average thirty-year fixed mortgage rate has surged from about 3.10 percent to 5.39 percent. Due to this, the average borrower is paying roughly 38 percent more on their monthly payment now than they would have for the same home last year, according to Realtor.com.

“It’s both pricing out some stretched homebuyers and causing some would-be borrowers to lose their mortgage eligibility,” Fortune wrotes.

Adding to concerns is the fact that the current supply of homes for sale is much more favorable for the high-end market.

“We know that the builders have been underproducing since the foreclosure crisis, which is the reason we have this shortage,” Lawrence Yun, chief economist at the National Association of Realtors, told the business news outlet.

“But when mortgage rates increase, we have seen several months of inventory rising,” he added.