Inflation Madness: November Saw the Biggest Gain in CPI Since 1982 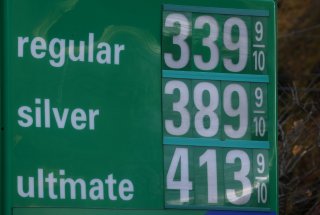 The government announced Friday that inflation continues to rise, with inflation rising 6.8 percent over a year earlier in the month. The gain was higher than expected, according to CNBC.

It represented the largest gain in the Consumer Price Index (CPI) since 1982. However, inflation only rose 0.8 percent over the previous month. In the year-over-year gains, energy drove more of it than anything else, including 33.3 for energy, cars, and trucks by 31.4 percent, and 6.1 percent for food.

Gas prices, which have been steadily rising all year, have finally begun to slip in recent weeks, in part due to fears about the Omicron variant and the possibility that it could lead to lower demand for oil and ultimately gasoline. That’s what happened in 2020 when the depths of the pandemic led demand, and therefore gas prices, to crash to historically low levels.

According to GasBuddy, the average gas price in the United States hit its lowest level since October last week, getting down to $3.34 per gallon. The gas price is still more than a dollar higher than it was this time in 2020.

“There’s no question no matter how you look at it, even if you take out the extremes caused by the pandemic, it’s still very high inflation,” Randy Frederick, managing director of trading and derivatives at Charles Schwab, told CNBC about why the inflation is happening. “This is still supply chain disruption, semiconductor-related inflation.”

The story added that the Federal Reserve could “double the tapering of its asset purchases to $30 billion a month” beginning in January, leading to possible interest rate increases later next year.

Inflation earlier in the year led to the largest announced Social Security cost-of-living adjustment in decades, as the Social Security Administration announced that the increase, which is pegged to inflation, will be 5.9 percent.

Will the announcement of still-rising inflation cause that number to rise? No, according to a recently published analysis by AS.com.

“At this point, no announcement has been made. Typically, the COLA (Cost of Living Adjustment) is a close representation of the increase seniors need to maintain at least most of their purchasing power. However, as the economic recovery from the pandemic continues, this device is proving faulty,” that story says.

Typically, the inflation number for Social Security is announced in the fall and not revised after that. Most years, the number is in the low single digits.

"Developments in the weeks after these data were collected last month show that price and cost increase are slowing, although not as quickly as we'd like,” President Joe Biden said in a statement Friday, per CNN.